India has delivered the final two of four refurbished Russian-built Mil Mi-24 ‘Hind’ attack helicopters it had promised the Afghan National Defense and Security Forces (ANDSF) in early 2018 to boost their counter-insurgency capabilities. 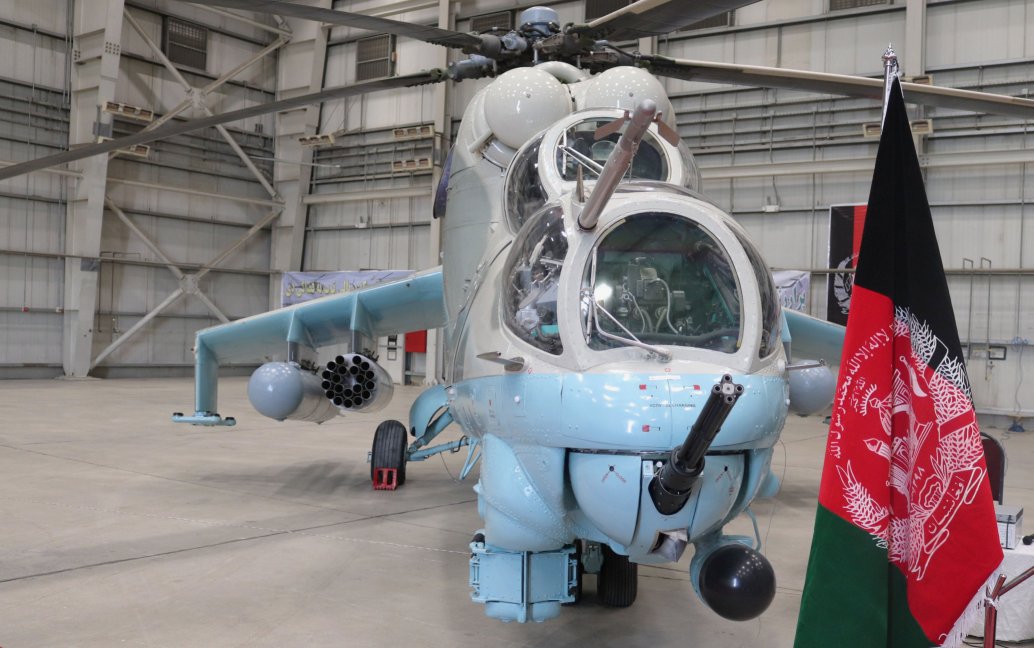 One of the two refurbished Russian-built Mi-24V helicopters India handed over to the ANDSF on 15 October. (Via Indian Embassy in Kabul)

The two Mi-24Vs, which were purchased from Belarus, were officially handed over by Vinay Kumar, India’s ambassador to Afghanistan, during a ceremony held on 15 October at the Afghan Air Force (AAF) base in Kabul, according to the Indian Embassy in Kabul.

“These [Mi-24s] are a replacement for the four attack helicopters previously gifted by India to Afghanistan in 2015 and 2016,” said the embassy, adding that the gifted platforms are set to help ensure that the ANDSF maintains an “agile and robust counter-terrorism capability”.

The statement referred to four refurbished Mil Mi-25 assault helicopters India delivered to the ANDSF in April 2015 as part of a bilateral strategic agreement signed in 2011 between New Delhi and Kabul. India, however, has declined to elaborate on whether these Mi-25s have been lost operationally or simply become inoperative.

In March 2018 Afghanistan’s then-ambassador to India, Shaida Mohammad Abdali, told the Hindustan Times newspaper that the Mi-24s were being acquired under a trilateral agreement signed between Afghanistan, Belarus, and India.

At the time, a senior military official told Jane’s that India had sourced the Mi-24s from Belarus, given that Russia was under international sanctions due to its military actions in Ukraine in 2014 and as such was unable to export the rotorcraft.