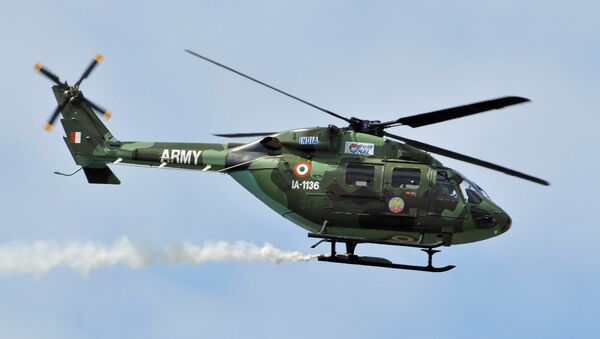 The approval was announced by the Ministry of Defence (MoD) in New Delhi on 29 September alongside the acquisition of munitions and other unspecified defence items. The total value of these procurements is INR131.65 billion, with 87% of this sourced from local industry, the MoD said.

The MoD said the procurement of additional twin-engined Dhruvs will constitute a squadron and will enhance the Indian Army's integral lift capability, indicating that the version to be acquired is utility.

The army operates both utility and armed versions of the helicopter, which is produced by state-owned Hindustan Aeronautics Limited (HAL). The company has provided about 80 utility platforms to the Indian Army's Army Aviation Corps (AAC) since 2011.

The MoD also confirmed that the planned procurement of the Dhruvs will progress through its ‘Buy Indian-IDDM' (indigenously designed, developed, and manufactured) category, which was introduced in 2016 to support domestic procurement programmes.

In addition to the Dhruvs, the MoD said the DAC had also approved the acquisition of terminally guided munitions and high-energy rocket ammunition for INR49.62 billion. These items will be procured from the state-owned Ordnance Factory Board network and also through the Buy Indian-IDDM category. The DAC also approved the procurement of other defence items worth INR43.53 billion.