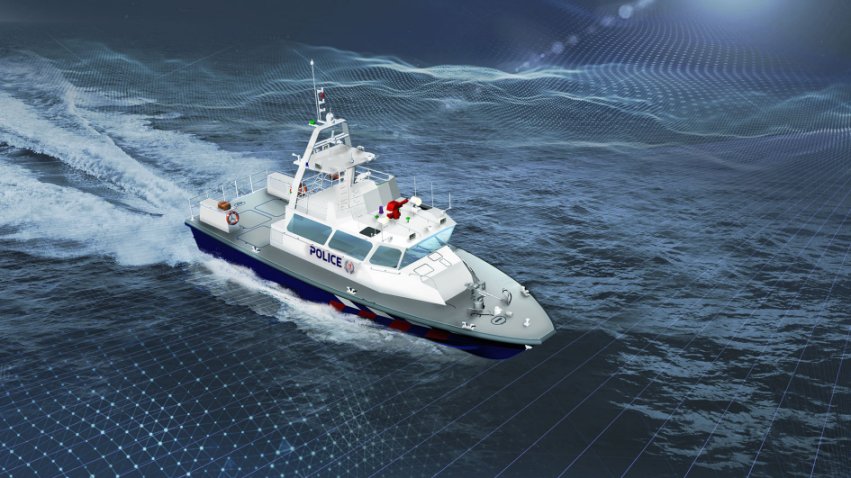 Computer-generated depiction of a Super Swift vessel, shown to Jane’s at the IMDEX 2019 exhibition. (ST Engineering)

The marine division of ST Engineering unveiled a new series of high-speed patrol boats for maritime interdiction, and law enforcement operations at the IMDEX 2019 exhibition.

The line-up is known as the Super Swift series and each vessel in the family has been designed with an air cavitation hull, which allows for speeds of up to 70 kt, said an ST Engineering official who spoke to Jane’s at the exhibition.

Despite being capable of high speeds, the Super Swift vessels have been incorporated with features that mitigate against high G forces, including shock-absorbing seats. This makes it particularly suited for very high-speed activities such as pursuit and arrest, search-and-rescue, and covert surveillance operations.

The Super Swift series comes in the 17 m, 26 m, and 35 m variants. An unspecified government agency in Singapore has also placed an order for a 23 m variant of the boat, although the variant procured does not feature an air cavitation hull.

“But should a customer require an air-cavitating version of the 23 m vessel, we can also customise a solution for this,” said a company official who spoke to Jane’s at IMDEX 2019. ST Engineering has declined to reveal the customer for the 23 m variant, but Jane’s understands that it is the Singapore Police Coast Guard (PCG).

Computer-generated depiction of a Super Swift vessel, shown to Jane’s at ...