Two Chinese WZ-8 UAVs are seen here during rehearsals for the 1 October parade in Beijing. The serial numbers on the UAVs indicate that the platforms have been assigned to the PLAAF’s 30th regiment in eastern Jiangsu Province. (Via js7tv.cn)

The images, which were published by Chinese state media during rehearsals for the 1 October parade in Beijing to mark the 70th anniversary of the founding of the People’s Republic of China, showed two examples of the triangular-shaped UAV bearing serial numbers 21311 and 21312.

Five-digit serial numbers adhering to the format 21x1x indicate that the platforms bearing them, including some H-6M strategic bombers, are operated by the 10th Bomber Division (30th Air Regiment) within the Eastern Theatre Command, which faces Taiwan and Japan.

For the 1 October parade, however, the serial numbers on these two WZ-8 UAVs were either removed or at least covered.

The WZ-8, which was paraded on flatbed lorries, is powered by two engines but the absence of any air intakes indicates that it is not air breathing. Securing arrangements on top of the fuselage show that it is designed to be carried aloft by a host aircraft, most likely the H-6, and it is fitted with conventional landing gear, as Jane’s reported. 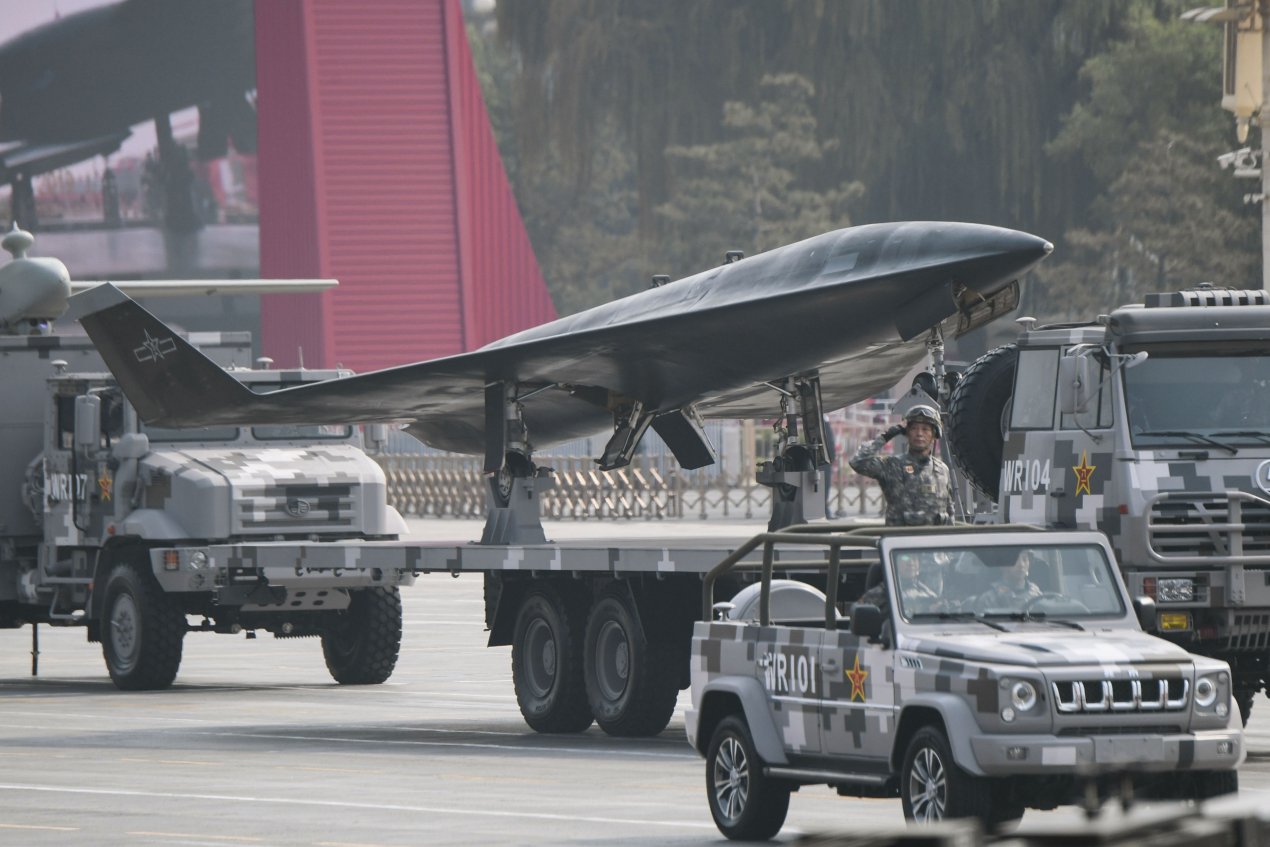 When paraded on 1 October the serial numbers of the two Chinese WZ-8 UAVs had been either removed or covered. (Greg Baker/AFP/Getty Images)