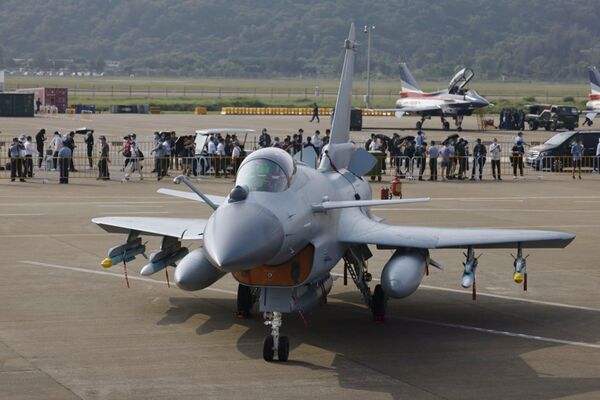 A CAIG J-10C fighter aircraft on display at the China Airshow 2021. The Pakistan Air Force (PAF) has been identified as the first export customer of the J-10C, after images emerged on 15 February of at least two aircraft in PAF markings. (VCG via Getty Images)

The images, which emerged on social media on 15 February, show two aircraft (serial number 22-102 and 22-106) equipped with a single Chinese-made Shenyang-Liming WS-10B ‘Taihang'-series turbofan engine, undertaking test flights at an undisclosed location in China – likely the manufacturer's factory in Chengdu.

The recent images confirm that a procurement programme is progressing, although no information is available on the value of the contract and the number of aircraft involved. Janes assesses that the PAF will receive at least two squadrons of J-10C fighters, although past reports have mentioned as many as 36 aircraft.

The latest development comes after Pakistan Interior Minister Skeish Rashid Ahmed told the media in December 2021 that a first batch of J-10Cs will be introduced during the fly past that will be held for the commemoration of Pakistan's Republic Day on 23 March 2022.

Pakistan is the first confirmed export customer of the J-10C, and these aircraft are likely an export derivative of the J-10C currently in service with the People's Liberation Army Air Force (PAAF).

The J-10C deal builds upon past collaboration between China and Pakistan in the manufacturing of the Pakistan Aeronautical Complex/Chengdu Aircraft Industry Group (PAC/CAIG) JF-17 Thunder/FC-1 Xiaolong light fighter aircraft.