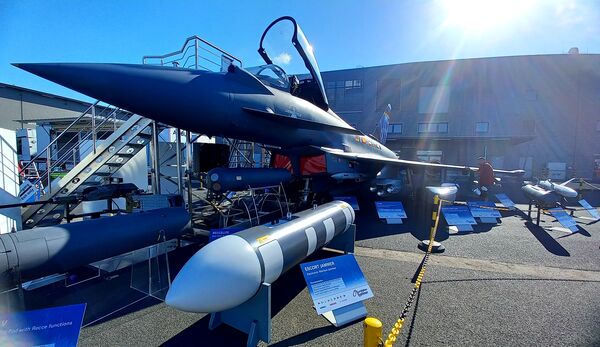 “The Luftwaffe wants a Eurofighter EK [Elektronischer Kampf (Electronic Combat)] solution in 2028,” Ralph Schnell, sales manager, Electronic Warfare Strategic Campaigns at Hensoldt said. “There will be a market study first in 2022 to see what might work, and we would then expect an RFI [request for information] or RFQ [request for quotations] in 2023 and a contract no later than 2024.” This timeline was repeated by Raffael Klaschka, business director, Aerospace Campaigns at rival bidder Elektroniksystem und Logistik (ESG), who noted to Janes , “The Luftwaffe wants a militarily proven and off-the-shelf solution by 2028.”

Although no official reason for the luWES delay from 2025 to 2028 has been given, it likely stems from the German government's decision to switch from acquiring the Boeing EA-18G Growler for the mission to instead developing the Eurofighter EK (previously known as the Eurofighter Electronic Combat Role [ECR]), the announcement for which was made in March.

The Luftwaffe's commitment to field an airborne electronic attack (AEA) capability for NATO has slip...