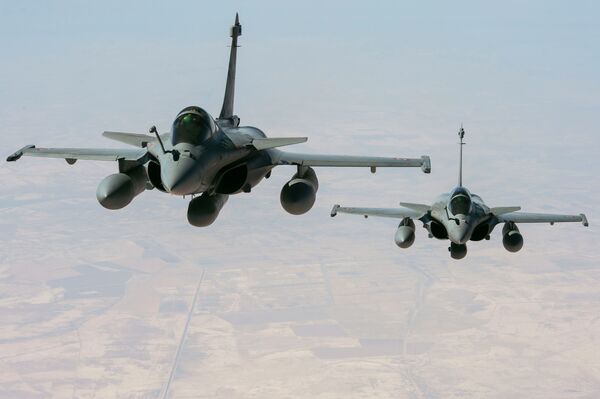 Speaking at the IQPC International Fighter Conference 2022 (IFC 2022) in Berlin, Colonel Benjamin Souberbielle, deputy leader of the Future Combat Air System (FCAS) Operational Team, French Air and Space Force, said that the ongoing Ukraine conflict had demonstrated the importance of taking down enemy air-defence systems, and that the capability is to be integrated onto the Rafale in two phases.

“SEAD will be a core need, and we are looking at getting it onto the Rafale in 2030 using weapons that rely on either speed or saturation,” Col Souberbielle said.

As noted by the colonel, the initial capability will be integrated into F4-standard Rafales, with a higher-end capability earmarked for F5 aircraft. The ‘speed' weapon systems to be integrated will likely be the supersonic anti-ship missile being developed by France and the UK under Future Cruise/Anti-Ship Weapon (FC/ASW) programme (Futur Missile Anti-Navire/Futur Missile de Croisière: FMAN/FMC). The ‘saturation' element might be the Select Precision Effects At Range-Electronic Warfare (SPEAR-EW) effector, or something similar.

Addressing the question of the nearly eight-year timeline for the employment of the dedicated SEAD/DEAD capability, Col Souberbielle said that 2030 is the date that both the F5-standard Rafale and the FC/ASW missile are scheduled to come online.

France is to equip its Dassault Rafale combat aircraft for the suppression of enemy air defences (SE...