The Israel Defense Forces (IDF) announced on 23 July the completion of the first exercise of its new Multi-Dimensional Unit, signifying a step closer towards operational readiness. 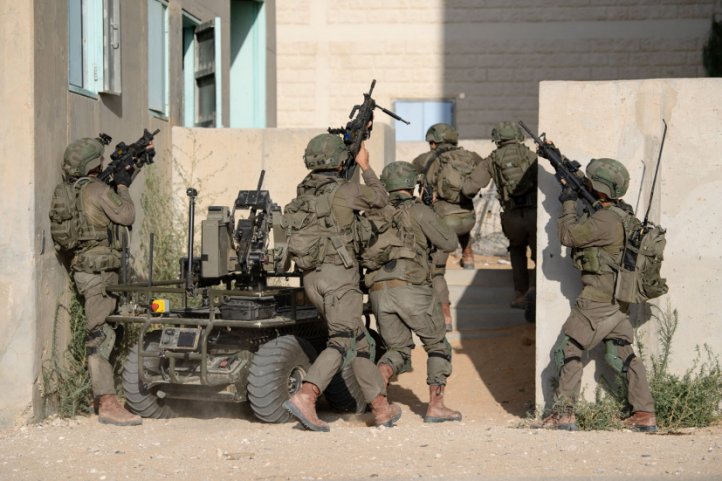 This exercise is a significant step towards making the unit operational,” the IDF said in a statement. “The unit's soldiers trained and operated new multi-branch and multi-dimensional fighting methods. All methods were developed within the unit in co-operation with different branches and units in the IDF, among them the Israeli Air Force (IAF), units in the Intelligence Directorate, units in the Cyber Defense Directorate, and various fire units.”

It said the unit used “ground-breaking” capabilities that were developed by the Israeli defence industry and would be used by the IDF’s manoeuvring units in the future. It outlined one such technique, which it said involved “attacking targets with a fighter jet which is operated by the soldiers on the battlefield in real time”.

Released footage also showed soldiers using what appeared to be Robteam's Probot unmanned ground vehicle fitted with a machine gun, as well as a small quadcopter UAV that was able to attach itself to the exterior of a building, apparently to carry out persistent surveillance.

The Israel Defense Forces (IDF) announced on 23 July the completion of the first exercise of its new...

An unmanned aerial vehicle (UAV) has flown into a major commercial airport for the first time, with ...