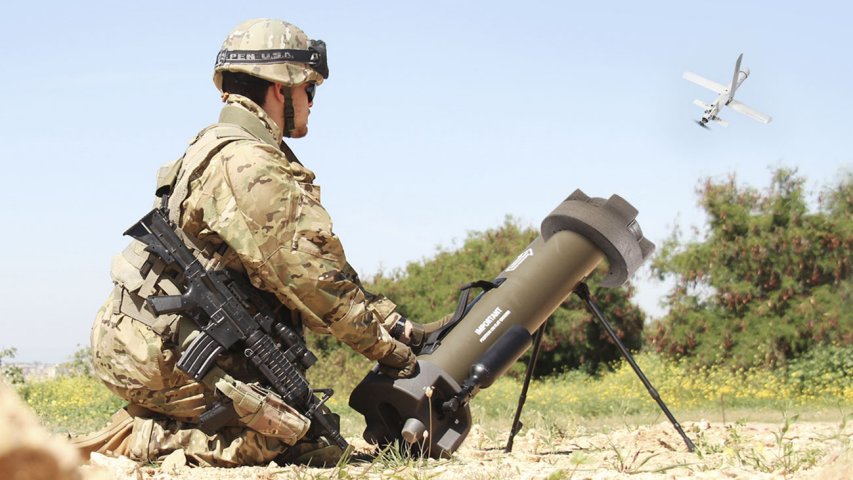 The Hero-30 is launched from a man-portable canister that uses compressed air to propel it into the air, at which point it deploys its cruciform wings. (UVision)

“The Hero-30 have been procured by the Israel Ministry of Defense and put to operational IDF forces use after proving its highly advanced capabilities in an extensive process of evaluation, tests, and trials,” the Israeli company said in a statement.

The Hero-30 is designed to enable frontline troops to carry out precision strikes against enemy personnel or light vehicles. The electrically powered munition has a top speed of 185 km/h and an endurance of 30 minutes, according to UVision. The munition weighs 3 kg, with a complete system coming in at 7.5 kg.

The munition is launched from a canister carried by troops or vehicles and sends imagery from its electro-optical sensor back to a control console via a frequency-hopping datalink, enabling its operator to lock it on to a target. A strike can be aborted and a different target then engaged. It has a line-of-sight range of 5, 10, or 40 km, depending on the communication system used.

This forms a very rapid sensor to shooter cycle,” Uvision CEO Major General (ret) Avi Mizrachi told Janes . “There is no need for someone to acquire a target, punch in 10 co-ordinate digits, and send the target data onwards. A soldier in a vehicle sees a target and strikes.”

The cannister-launched munition produces no smoke or fire, so does not give away the position of its operators. “Hence, special forces like it,” Mizrachi said.