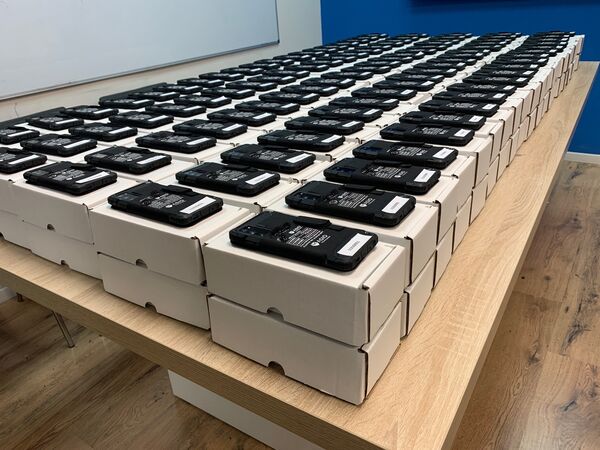 Israeli tactical solutions manufacturer Asio Technologies has announced that it has completed the delivery of thousands of Orion infantry command-and-control (C2) systems to the Israeli Defense Forces (IDF).

“Orion systems are currently in operational use by the IDF, alongside the company's other cutting-edge tactical solutions,” the company said in a statement released on 28 September.

Called the Olar (penknife) by the IDF, Asio uses a smartphone-like ruggedised terminal, while a smartwatch provides a more basic interface when on the move. Its main function is to replace paper maps with a digital geographic information system (GIS) that can generate three-dimensional (3D) imagery of the battlespace and visualise operational information to improve mission planning and situational awareness.

“This is the end of the era in which squad commanders had to move around with crates of maps, return them when they move sectors, shred them, and receive new maps. This data is now all loaded into the system,” Asio CEO David Harel told Janes .

For example, the system can show commanders all the areas their units will be visible from when in any given location, thereby helping with planning approach routes. Commanders can then use a stylus to draw suitable mission plans on the terminal that can be shared with other devices.

“During the mission-planning stage, a battalion commander can send a general mission outline to the company commander, who can, in turn, begin planning with a ruggedised Android software and hardware system, examining terrain, manoeuvring options, lines of sights, and areas out of sight,” Harel said.

Israeli tactical solutions manufacturer Asio Technologies has announced that it has completed the de...