Rafael Advanced Defense Systems will begin supplying the Israel Defense Forces (IDF) with a new version of the Trophy active protection system (APS) for armoured vehicles that will feature a new electro-optical sensor. 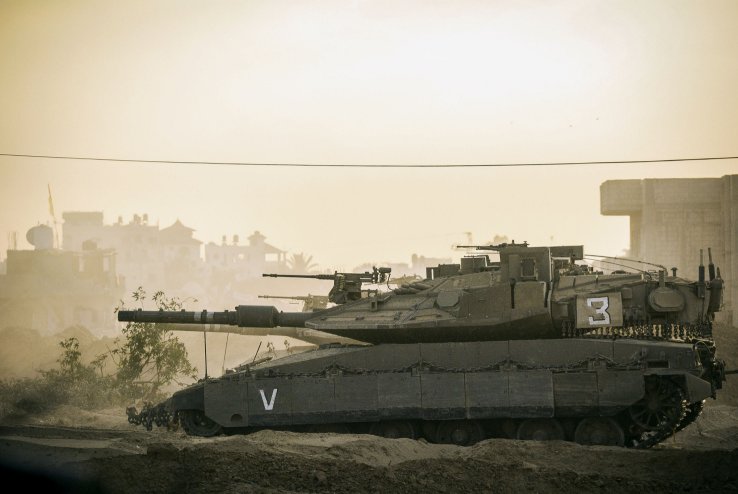 The Trophy system is seen fitted to a Merkava Mk 4 during Operation ‘Protective Edge’ in the Gaza Strip in 2014. (Israel Defense Forces)

Michael Lurie, vice-president and head of Rafael’s Maneuver Systems Directorate, told Janes the new sensors will boost “performance in a number of parameters”, in providing 360˚ sensor coverage for tanks and armoured personnel carriers fitted with the APS.

The sensor will be included with new Trophy systems that Rafael is supplying for Merkava Mk 4 tanks and Namer armoured personnel carriers and will be retrofitted on Trophies that are already in service.

Rafael is also discussing with the US military whether it wants the sensor for the 400 Trophies the company has supplied for US Abrams tanks.

Lurie said Trophy has undergone a series of upgrades since it first saved a Merkava tank by intercepting an anti-tank missile more than a decade ago. These have included radar and on-board computer upgrades, as well as annual software updates.

Going forward, Rafael is planning to improve the system’s ability to rapidly calculate the co-ordinates of enemy locations and share them via a digital command-and-control network so they can be engaged by the most appropriate asset. This will include integrating it with Rafael’s Smart Shooter network system, which is designed to shorten sensor-to-shooter cycles.