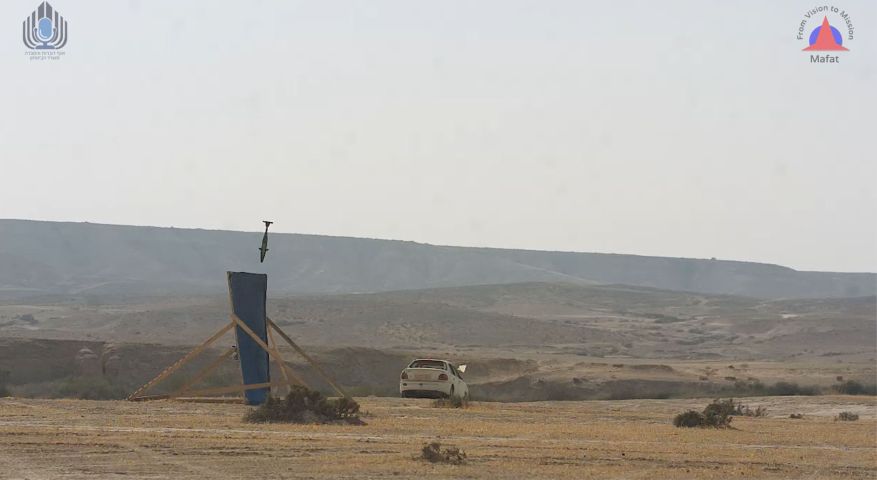 A still from a video shows an Iron Sting mortar round accurately hitting a target during trials. (Israeli Minsitry of Defense)

The MoD released a joint statement from its Directorate of Defense Research and Development (DDR&D), the IDF Ground Forces, and Elbit Systems that said the munition has successfully completed final trials in southern Israel, marking the end of its development and clearing the path for serial production for the IDF. The IDF Ground Forces Command is leading the integration of Iron Sting with operational units.

“This precise guided mortar munition is ground-breaking for IDF battalions, equipping them with accurate and organic firepower,” the statement quoted Colonel Arik Avivi, the head of the Ground Force’s weapons department, as saying. “This capability has so far been reserved to large and complex missiles. Thanks to this impressive technological development, it will now be implemented in mortar munitions on a wide scale.”

A video was released showing an Iron Sting round being fired from an Elbit CARDOM (Keshet in IDF service) mortar in an M1064 tracked carrier. The statement said a lighter CARDOM Spear (Hanit) system mounted on a Humvee was also used in the trials.

An Elbit source told Janes that every IDF mortar vehicle is already equipped with a terminal for the company’s Digital Ground Army network system, which sends targeting data to their mortar’s fire-control computer to improve the accuracy of unguided rounds. The difference with Iron String is that the targeting data is automatically loaded into the munition before firing.