The Iron Dome air defence system achieved an 86% successful interception rate against rockets fired from the Gaza Strip during the 4–5 May conflict with Palestinian militants, the Israel Defense Forces (IDF) told Jane’s on 8 May. 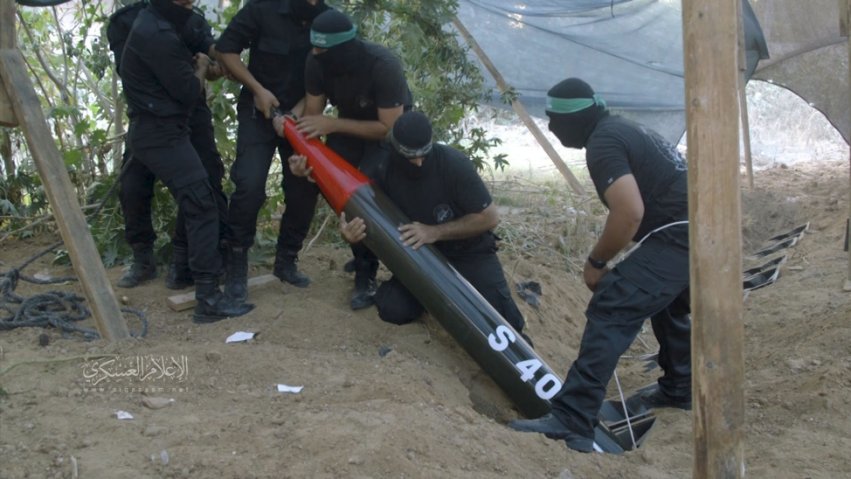 A still from a video released by the Al-Qassam Brigades on 6 May 2019 shows Palestinian militants lowering an S 40 rocket into one of several launchers that have been buried in the ground. (Al-Qassam Brigades)

“During the last round of fighting, Iron Dome's success rate of intercepting rockets fired at urban areas was 86%,” a spokesman said.

The IDF reported that 690 rockets were launched in 48 hours, with Iron Dome batteries intercepting 240 of them. Three Israelis were killed and more than 130 were injured by the rocket fire. A fourth Israeli was killed when his car was hit by an anti-tank weapon close to the Gaza border.

In comparison, five civilians were killed by around 4,500 rockets launched during the 50-day conflict in July–August 2014, with Iron Dome intercepting 692 of them, according to IDF figures.

During that conflict, the IDF said that the Iron Dome was achieving a successful interception rate of 86%. It reported a “nearly 90% success rate” after the conflict. The system’s manufacture, Rafael, says it has proven an “over 90% success rate”.

The significant decrease in the number of rockets that it took to inflict a casualty prompted speculation that the Palestinian militants have found a way to mitigate Iron Dome’s effectiveness.

Israel's Elbit Systems announced on 21 October that it had signed an agreement to sell its 84.98% st...