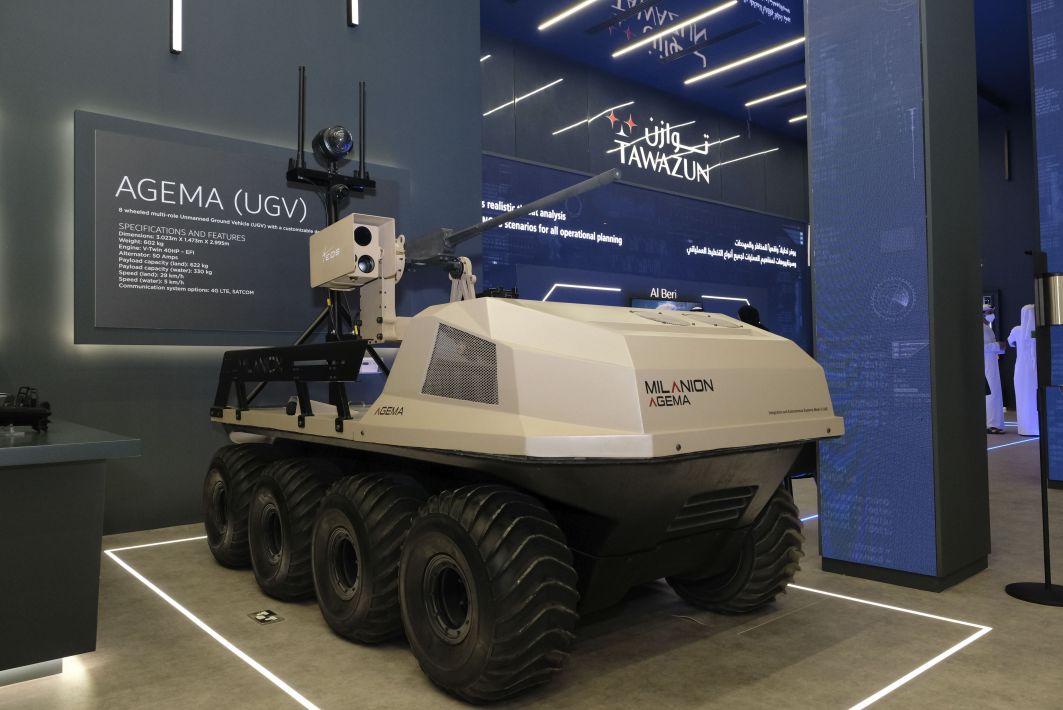 The Agema fitted with the EOS R150 ultra-light ROWS on display at IDEX. (Milanion Group)

It said that the contract would cover the procurement of UGVs and co-operation to continue to develop them.

The Agema is made by the UAE’s Milanion Group but Tawazun noted that it includes technology from Al-Marakeb, a company that specialises in unmanned boats. Tawazun acquired a 30% stake in the company in 2019.

The press release cited Al-Marakeb CEO Basil Shaheiber as saying that the UAE Land Forces’ interest in the Agema confirmed the advanced level that his company’s products have reached; and that the contract will enable it to launch a new stage of production and pave the way for further regional and international sales.

Just before the show began, Milanion Group announced that it was moving to Tawazun Industrial Park, which is located inside Abu Dhabi’s Sheikh Zayed Military City. “This achievement will allow us to more than double our production capacity in line with local and international interest in our unmanned technologies and platforms,” CEO Davinder Dogra said.

Milanion told Janes during IDEX that the Agema has undergone rigorous testing in extreme conditions. “Successful testing of the Agema took place approximately three to four weeks ago in high temperatures in the desert whereby some changes were made to the original design,” a company representative said.