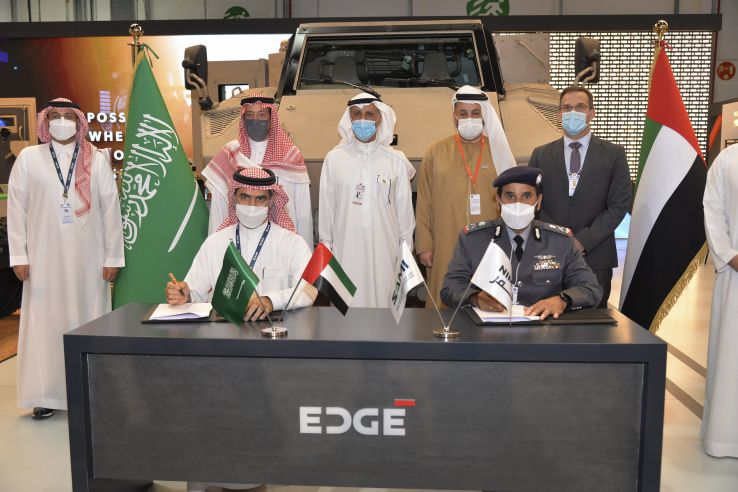 SAMI and Nimr have signed a teaming agreement to transfer armored vehicle production and technology to Saudi Arabia. (SAMI)

SAMI CEO Walid Abukhaled said in a statement that the teaming agreement “represents a major leap forward in our efforts to build a flourishing military industries sector in the Kingdom. This achievement also supports PIF’s [Public Investment Fund’s] efforts through SAMI in localising cutting-edge technology and knowledge, as well as building strategic economic partnerships.”

The Nimr Jais family of 4×4 and 6×6 vehicles is based on the former BAE Land Systems South Africa RG35 MRAP before the design and development rights of the vehicle were purchased by Nimr. A contract for 1,500 vehicles for the UAE Army was announced at IDEX in 2017 but by 2019 had been cancelled, with an executive for Nimr telling Janes that it “did not progress for several reasons”.