The UAE’s Al Jasoor and EARTH, subsidiaries of EDGE Group, are partnering with Raytheon Technologies to integrate the latter’s High Energy Laser (HEL) system onto the Rabdan 8×8 armoured fighting vehicle.

No further details on timelines were given. 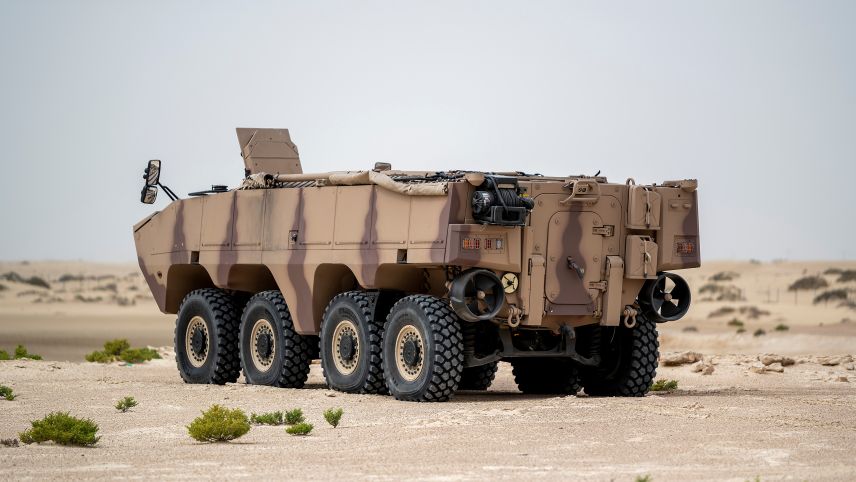 EARTH, Raytheon Technologies, and Al Jasoor are to collaborate on integrating a HEL system onto a Rabdan AFV in the C-UAV role. (Edge)

Raytheon Technologies has been continuing the development and integration of its HEL system onto armoured vehicles for the C-UAV role, with the US Air Force revealing on 16 February that the organisation had been testing the HEL throughout 2020, culminating with the deployment and integration of a system in an overseas location in September.

A Stryker-mounted shoot-off between two 50kW laser systems offered by Raytheon Technologies and Northrop Grumman was announced by the US Army in December, with the event anticipated to take place between April and June 2021. The programme, known as Directed Energy-Maneuver Short-Range Air Defense (DE-MSHORAD), is expected to have a platoon of four Stryker vehicles equipped with a 50 kW laser by September 2022.