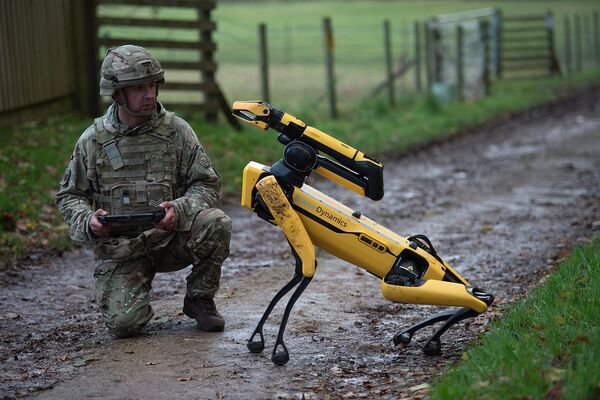 It was revealed that FCG has a budget of approximately GBP300 million (USD404.9 million) over three years across multiple programmes and projects.

HMT is considered a high priority for FCG customers, James Gavin said, however, despite its importance they stated that overall, the capability does not yet exist in industry outside of the US to meet requirements. In April 2022 the organisation intends to launch an HMT acquisition framework with an initial budget of GBP25 million. The programme will have significant headroom and may reach around GBP100 million in approximately two years.

FCG is also concentrating its efforts on the advancement of Multi-Domain Integrated Swarms, and Theseus (Last Mile Resupply Programme), which, apart from UAVs, could see UGVs, UAS, and ‘robot dogs' working collaboratively. As part of Theseus, it awarded GBP3 million to three separate suppliers as part of this effort. It is likely that the framework should continue the use of a number of mini competitions spirals every three to six months or so.

FCG is starting to move on from just focusing on individual platforms to focusing on a multidomain, multiplatform system of systems approach, enabling several UAS to work relatively independently from a controller. The digital backbone will be integral to this.