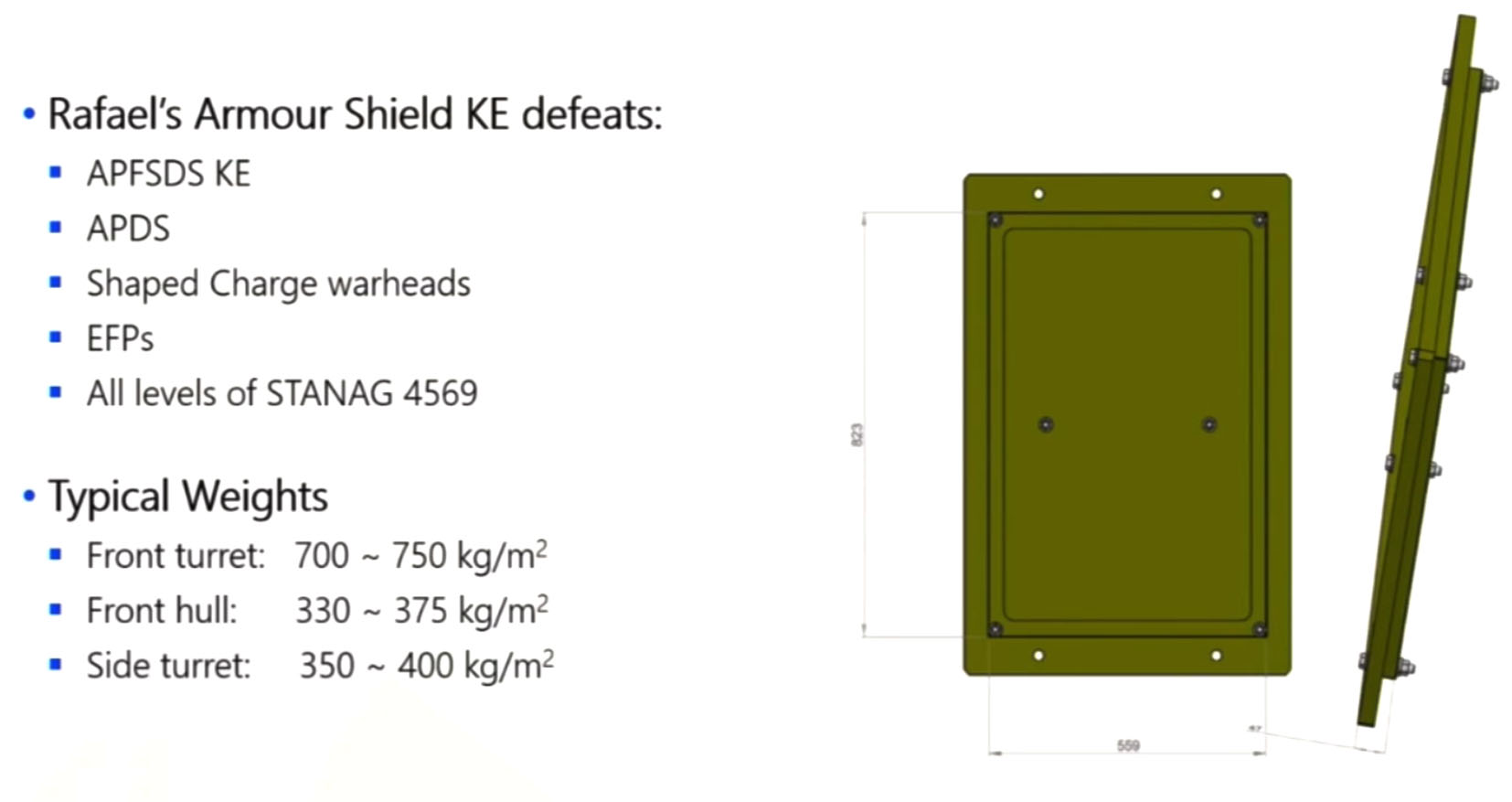 Dr David Gershon, survivability engineer at Rafael Advanced Defense Systems said that he believed that the optimal way to provide protection against kinetic energy threats such as APFSDS long rod penetrators is to utilise dedicated reactive armour packages, and that he has seen “a recent waking up, or interest, in adding protection for long rod penetrators and therefore we developed this particular solution”.

The armour reduces overall penetration of an APFSDS long rod penetrator by 54% in computer testing, and two live fire tests shown to the conference demonstrated 50% and 48% reductions in penetration, with the two hits fired into the same v-shaped armour array to demonstrate the multi-hit capability of the system.