Israel Aerospace Industries (IAI) is to return to service Sri Lanka's fleet of Kfir combat aircraft, at the same time as laying the foundations for future upgrades with a USD50 million effort to enhance the platform's core avionic systems, the company announced on 30 June. 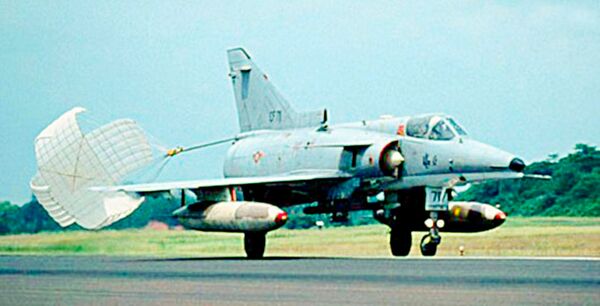 IAI is to return to service Sri Lankan Kfir fighters, at the same time as provisioning them for future system and sensor upgrades. (Sri Lanka Air Force)

Under the deal, the Sri Lanka Air Force's (SLAF's) five grounded Kfir C2/C7/ TC2 aircraft will be provisioned for new sensors and systems, with all of the work being done in Sri Lanka.

“The deal includes replacing the aircraft's basic avionics with the advanced 4+ generation fighter aircraft avionics in order to one day integrate advanced radar, sensors, communication systems, and new helmets,” IAI said. “The upgrade process will also include transfer of knowledge and skills for refurbishment to Sri Lankan Air Force personnel. The upgrades will be completed in co-operation with Sri Lanka's air force and in their local facilities.”

Work will begin in the coming months, Ran Braier, Conversion and Upgrades Business Development Director at IAI told Janes , and run for about two years. At the end of the process, the aircraft will be at the Block 60 standard, minus those systems listed by the company that can be added when future budgets allow.