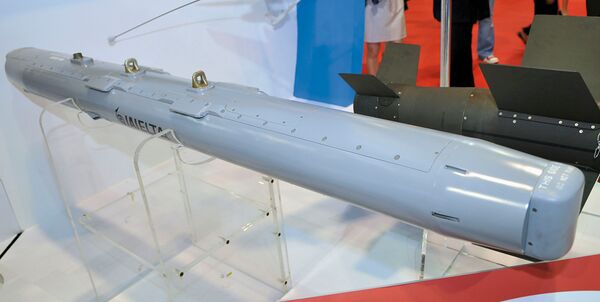 IAI has developed Scorpius-SP based on the configuration of its ELL-8222 pod (pictured above). (Janes/Patrick Allen)

The “multimillion-dollar deal” has been finalised to enhance the capabilities of the concerned country's air force, IAI said in a media release on 21 May.

IAI had not responded to Janes request for more information regarding the Asia-based customer at the time of publication.

According to IAI, Scorpius-SP can simultaneously detect and suppress all types of air-to-air and surface-to-air threats in different directions around the aircraft.

The pod “is similar in contour to A/A [air-to-air] missiles and may be installed on outer wing stations of fighters and other aircraft”, IAI said in the release.

The system “enhances aircraft survivability” given its ability to detect “advanced threats” such as low probability of intercept (LPI) radars, the company added.

Janes data shows that in the Asia-Pacific, IAI's ELL-8222 – based on which the Scorpius-SP has been developed – is used by the air forces of Australia, India, and Singapore.