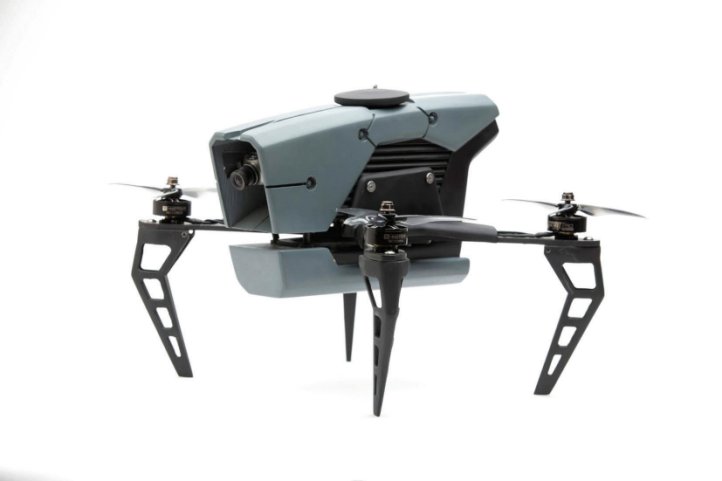 The Iron Drone interceptor that has been integrated with Drone Guard without the wires that help it entangle its target. (Israel Aerospace Industries)

Now customers have the option of adding Iron Drone UAVs that home in on and crash into the target. They deploy wires to ensure both UAVs become entangled and fall to the ground. “This way, we make sure there is no chance that the target drone can continue to fly, Iron Drone CEO Matan Melamed told Janes.

Our drone is connected to ELTA's system. As soon as the operator decides to activate it, a button is pressed, and the drone takes off in the direction of the target. It gets target information from Drone Guard's radar and other sensors. As it flies to the target, it uses its own day-and-night EO sensor to lock on and continues with high accuracy until it strikes the target, he added.