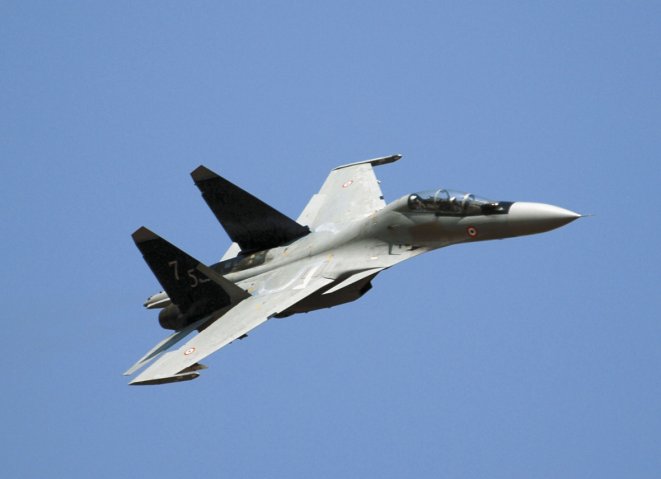 The IAF is seeking to arm its fleet of Su-30MKI multirole fighters with the Israeli-made I-Derby ER BVRAAM. (IHS Markit/Patrick Allen)

Official sources told Jane’s that the IAF is in talks with Rafael to acquire the active radar-guided I-Derby ER, which has a range of 100 km, adding that the procurement process for the missiles could be finalised “imminently”.

The latest developments come after the fire-and-forget I-Derby ER missile, which features a software-defined radar seeker and a dual-pulse solid rocket motor, was selected to be the primary AAM to arm the IAF’s indigenously designed Tejas Light Combat Aircraft (LCA) following successful test-firings in July 2018.

An earlier version of the Derby, which can be configured as a surface-to-air missile, is also part of the IAF’s 18 Spyder-SR air-defence systems acquired from Rafael in 2008–09 for an estimated USD1 billion.

Delivery of the Spyder-SR systems, which included 750 Derby missiles, began in 2012 and was completed three years later.

The Indian Navy was the first to integrate an older Derby variant onto its since-retired Sea Harrier FRS Mk 51 carrier-borne fighters from 2005–06.

The Indian Air Force (IAF) is planning to arm its fleet of Sukhoi Su-30MKI multirole fighters with t...