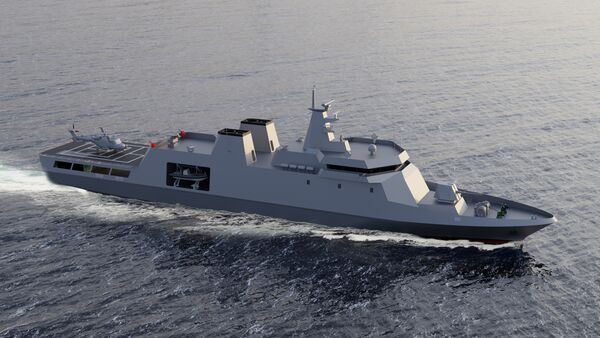 The contract, which was signed with the Philippine Department of National Defense (DND) on 27 June, is valued at USD573 million, HHI disclosed in a media statement on the same day.

In terms of weapons, each OPV will be equipped with a 76 mm naval gun in the primary position and two 30 mm secondary guns, said HHI. The vessel will have a flight deck that can accommodate one helicopter and unmanned aerial vehicles.

“The OPV was designed by incorporating the Philippine Navy's OPV requirements to the proven Jose Rizal-class frigate platform,” said the company in reference to the service's two Jose Rizal-class vessels, which were also supplied by HHI.

All six OPVs will be built at HHI's shipyard in Ulsan, with the last vessel scheduled for completion in 2028.

Hyundai Heavy Industries (HHI) has secured a contract to supply the Philippine Navy with six new 2,4...