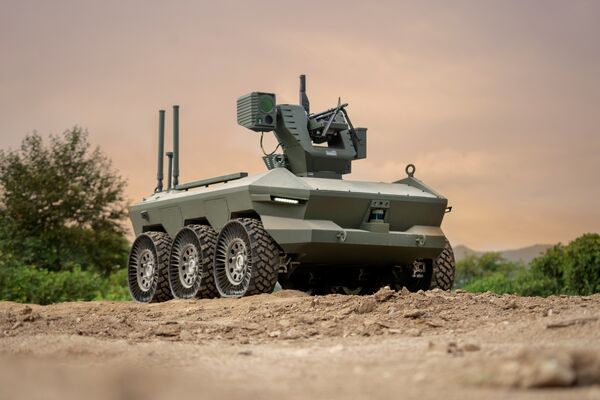 Hyundai Rotem has said the MPUGV is based on its battery-operated HR-Sherpa unmanned vehicle. The company has also said the MPUGV operates a day-night camera, with a detection capability of 4 km.

According to Janes Land Warfare Platforms: Logistics, Support & Unmanned, the HR-Sherpa is a 6×6 vehicle possibly based on the Argo amphibious manned all-terrain vehicle (ATV) chassis. In 2019 Hyundai Rotem partnered with South Korean telecoms company KT to develop a 5G-connected version of the vehicle. It is possible that the MPUGV is a development stemming from this variant.