South Korea’s Hyundai Rotem has been selected as prime contractor to develop technologies that would enable the Republic of Korea Army (RoKA) to convert its existing armour vehicles, such as its main battle tanks (MBTs) and self-propelled howitzers (SPHs) into unmanned ground vehicles (UGVs). 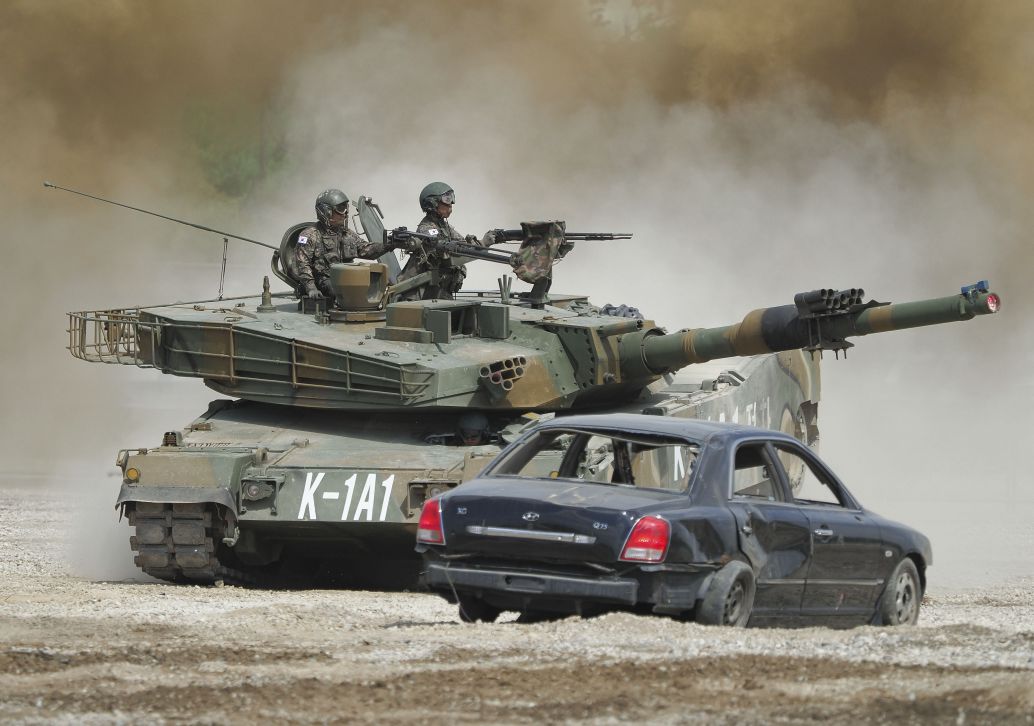 A K1A1 main battle tank seen during a mobility demonstration. South Korean defence prime Hyundai Rotem has been contracted to develop technologies that will enable the K1 platform to be remotely or autonomously operated. (Janes/Kelvin Wong)

The company announced on 31 December that will carry out two separate research and development (R&D) programmes worth about KRW15.2 billion (USD13.98 million) under a contract awarded by the Agency for Defense Development’s (ADD’s) Defense Industry Technology Center.

The first R&D assignment seeks to develop common tele-operation and driving technologies that can be applied across the RoKA in-service combat vehicle fleet. The second effort will build on the experience gained to develop bespoke systems for the K1 MBT. Both requirements are expected to be completed by 2024.

Janes earlier reported that key research areas include a common remote-control architecture and remote driving as well as autonomous navigation technology. The agency will also explore specific mission systems that address the unique characteristics of both MBT and SPH operations, such as mobile target remote aiming and tracking technology for the former and autonomous deployment, heat dissipation, and automated shooting preparation systems for the latter.

South Korea’s Hyundai Rotem has been selected as prime contractor to develop technologies that would...