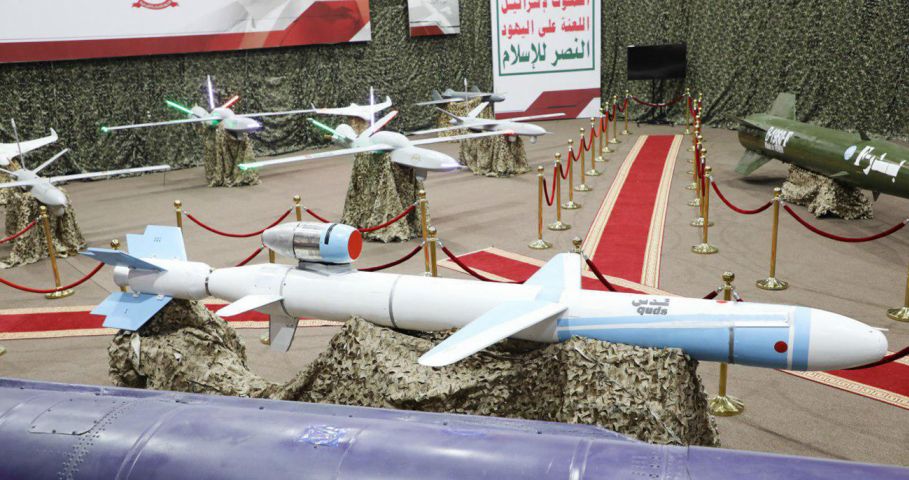 It said the Saudi Ministry of Defence and King Salman Air Base were hit, along with military targets in the border province of Jizan and Najran.

Two explosions were reported in the capital shortly before dawn.

Colonel Turki al-Maliki, the spokesman for the Saudi-led coalition confirmed an attack had taken place, saying in a statement that a ballistic missile was launched from Sanaa and intercepted before it hit civilian areas in Riyadh.

That statement added that three other ballistic projectiles and eight UAVs carrying explosives – a possible reference to the Samad-3s – were also intercepted earlier in the night before they could reach civilian targets.

The Saudi statement made no mention of a cruise missile attack, which would be the first against the kingdom since the Abqaiq and Kurais oil facilities on 14 September 2019.

Ansar Allah unveiled the Quds cruise missile in July 2019, saying one had been used to attack Abha International Airport in southwest Saudi Arabia the previous month.

The same type of cruise missile was used against Saudi oil facilities along with delta-wing UAVs in the 14 September attacks. While Ansar Allah claimed credit, the weapons were launched from a still unidentified location north of the kingdom, not Yemen.