The navies of Honduras and El Salvador have received and commissioned their first Metal Shark Defiant 85 Near Coastal Patrol Vessels (NCPVs) donated by the United States. 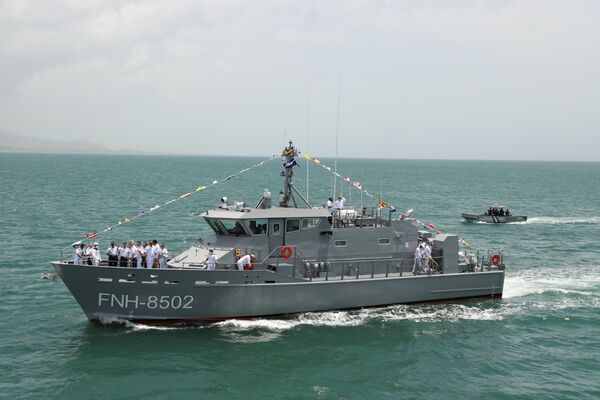 The vessels were donated by the US Department of State and US Southern Command (USSOUTHCOM) under the Foreign Military Sales (FMS) programme as part of efforts to support patrol operations in US-allied countries in Central America, Latin America and the Caribbean. The programme is funded mainly by the US, with a small contribution by the receiving country. Recipients include Costa Rica, the Dominican Republic, El Salvador, Guatemala, and Honduras.

Metal Shark was awarded a USD54 million contract in July 2017 to build up to 13 patrol boats for the programme.

The patrol boat has been fitted with electro-optic infrared systems for night operations and has the provision to carry one 12.7 mm and two 7.62 mm machine guns.

The navies of Honduras and El Salvador have received and commissioned their first Metal Shark Defian...