Outfitted with Sea Machines Robotics’ SM300 autonomy system, the 8.2 m-long craft completed a successful demonstration on 14 May off the coast of Panama City, Florida. 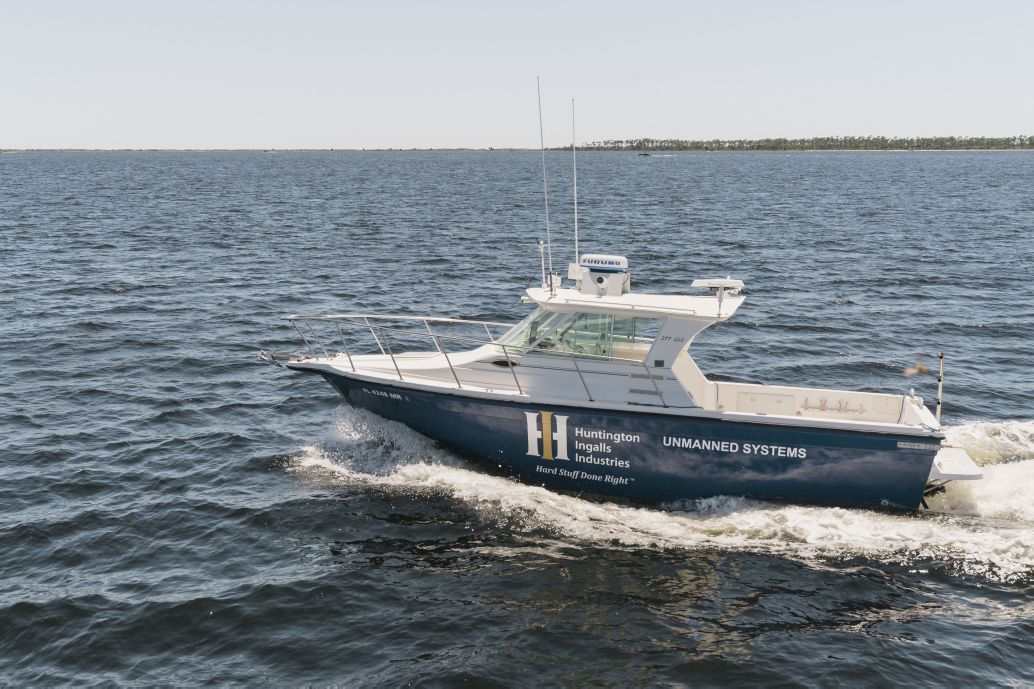 For the demonstration, the Proteus USV was equipped with commercial perception sensors, including GPS, an automatic identification system, a depth transducer, a radar and a camera enabling a 360˚ field of view. HII deployed a separate 51 ft-long dive boat during the demonstration to illustrate SM300 system’s off-the-shelf solution including its obstacle avoidance capability and adherence to the International Regulations for Preventing Collisions at Sea (COLREGS).

Integrated with existing vessel systems and sensors to manage pre-planned and dynamically charted missions, SM300 is a vessel intelligence system providing ‘operator-in-the loop’ autonomous command and control, as well as direct remote-control operation via a wireless belt pack. The system can be outfitted to ocean capable vessels to enable scalable autonomy, from remotely controlled to fully autonomous vessel operations.

According to HII, the Proteus 2.0 sea tests saw the USV successfully execute a series of missions, which demonstrated COLREGS compliance at both high and low speeds.

The Proteus 2.0 testbed programme reflects one strand of HII’s growing portfolio of activity in the maritime autonomous systems sector. In March 2020 the company completed the purchase of autonomous underwater vehicle house Hydroid from Kongsberg, and in December 2020 acquired the autonomy business of Spatial Integrated Systems to further expand its capabilities in USV development.

Earlier this year, HII completed the first phase of its Unmanned Systems Center of Excellence with the construction of a 6,705 m2

The US Navy will be mating manned and unmanned platforms and systems with greater complexity and sco...
Request Consultation