After being selected as the preferred supplier to the Australian Army (AA) of 30 155 mm self-propelled howitzers (SPHs) and 15 armoured ammunition resupply vehicles (AARVs), Hanwha Defense Australia (HDA) has shown concept images of the Huntsman AS9 and AS10 systems it plans to supply to the service. 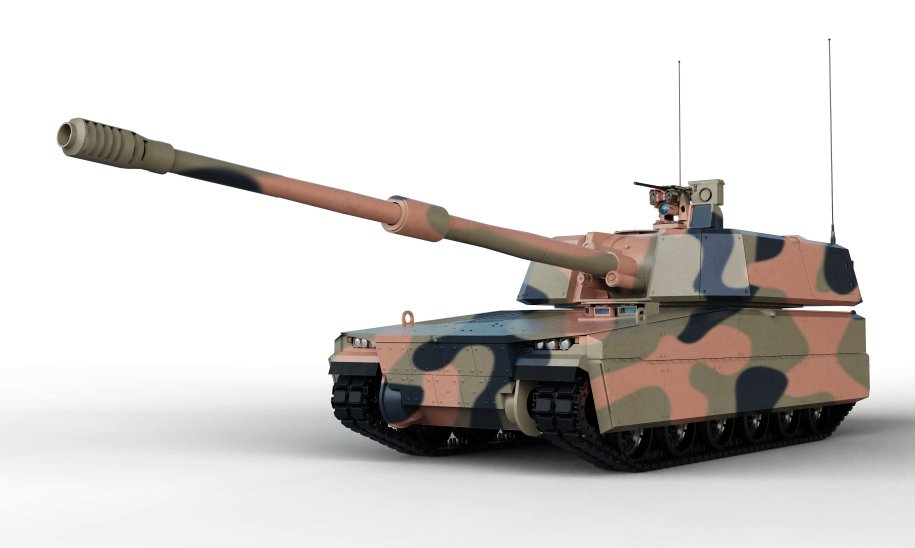 A concept image of the AS9 SPH HDA plans to supply to the Australian Army. The vehicle is shown fitted with an RWS. (HDA)

The images show the vehicles, which appear to be almost identical to the K9 Thunder SPH and K10 AARV they are based on, in Australian Defence Force (ADF) camouflage, although no details were provided by the company about the Australia-specific modifications.

That said, the AS9 SPH was shown fitted with a remote weapon station (RWS) mounting what appears to be a 12.7 mm heavy machine gun (HMG). The K9 Thunder is normally fitted with a manually operated 12.7 HMG. Moreover, it seems the AS9 features additional armour.

Janes obtained the images on 8 October, the same day Canberra issued a request for tender to HDA – a wholly owned subsidiary of South Korea’s Hanwha Group – to build and maintain the vehicles and their supporting systems and progress the AA’s Protected Mobile Fires programme under Project Land 8116 Phase 1.

More than a month earlier, on 3 September, Australian Minister of Defence Linda Reynolds had announced that the future SPHs and AARVs are expected to be produced and maintained at Geelong near Melbourne, creating up to 350 jobs to deliver “this critical capability” to the ADF.

According to Australia’s 2020 Force Structure Plan, which was released in July, the cost of the initial phase of the project is estimated at between AUD900–1.3 billion (USD658–950 million).