Operating in a three-satellite cluster constellation with each low Earth orbit (LEO) satellite weighing roughly 25 kg, the Cluster 3 constellation took off from Cape Canaveral in Florida on 30 June aboard a SpaceX Falcon 9 rocket, according to a company statement. Constructed off a spacecraft bus developed by the University of Toronto Institute for Aerospace Studies' Space Flight Laboratory and deployed into orbit from a Sherpa-FX orbital transfer vehicle by Spaceflight Inc, the Cluster 3 constellation joins HawkEye 360's Cluster 2 constellation already in orbit. 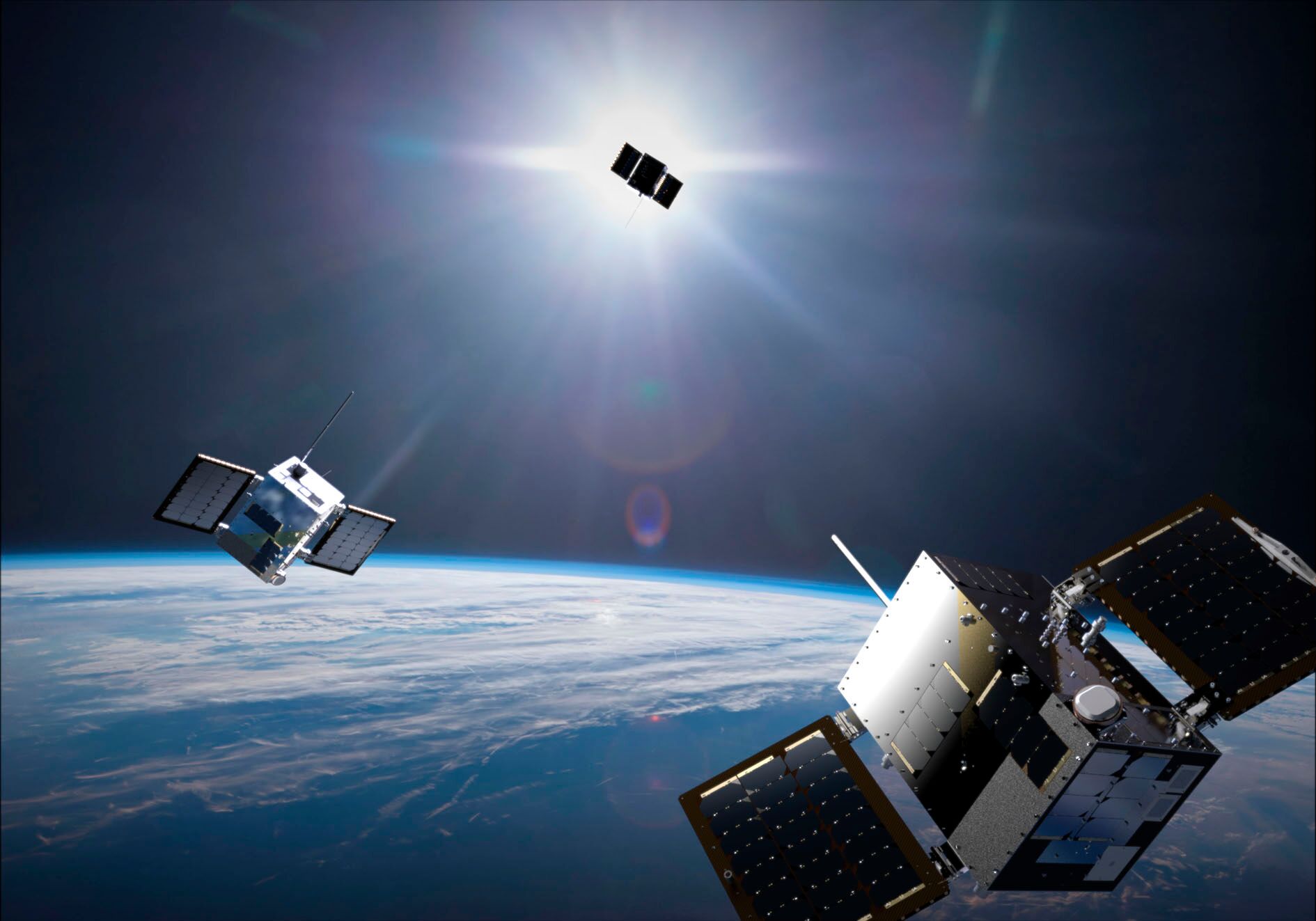 A depiction of the HawkEye 360 next-generation satellite cluster. Although shown in near proximity to each other here, in reality, the satellites are spread approximately 300 km apart. (HawkEye 360)

“Once tested and moved into formation, Cluster 3 will significantly expand the current constellation's global revisit and collection capacity,” company officials said in the statement.

HawkEye360's Cluster 2 and Cluster 3 satellite constellations are tasked with identifying and precisely geolocating broad sets of RF signals from a variety of terrestrial emitters. The RF identification and location data can be compiled into big data sets, to inform current and future RF-focused artificial intelligence algorithm development. The company's satellite constellations focus primarily on detection, identification, and location of RF signals between 144 MHz and 15 GHz, which is the RF band that covers the RF signals and emitters that the majority of defence and intelligence programmes and platforms are tracking.