The Australian subsidiary of South Korean defence group Hanwha has launched a web portal to help the company engage with local firms.

The Australian Industry Portal (AIP) — https://hanwha.benchon.com/ — was recently unveiled by Hanwha Defense Australia and allows local companies to identify and bid for Hanwha supply-chain opportunities both within Australia and its international supply network.

The AIP is positioned to support Hanwha Defense Australia’s bids to supply military land systems to the Australian Defence Force (ADF). In bidding for these programmes, Hanwha is required to outline how it will provide such opportunities through the country’s Australian Industry Capability (AIC) programme. 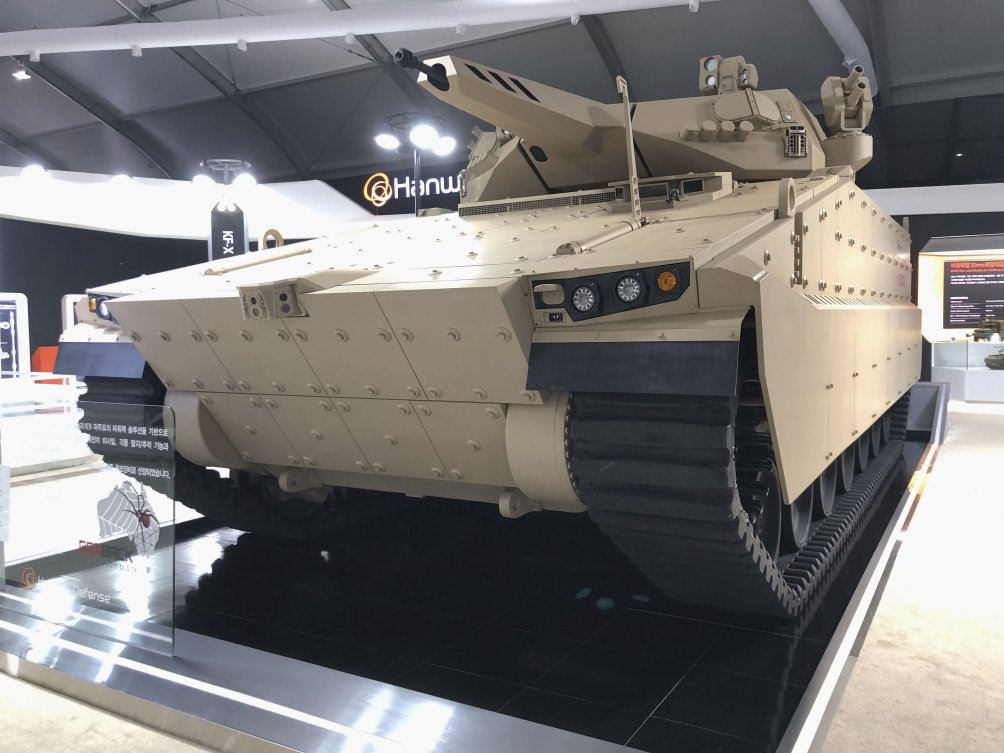 Hanwha Defense Australia has launched an online portal to engage with local suppliers and support its bid to supply its AS21 Redback IFV to the Australian Army. (Jane’s/Jon Grevatt)

A press release about the new AIP said it will be a portal that “Hanwha uses to engage with Australian businesses to access local talent, products, and services”.

It added, “The Hanwha AIP is a private system that protects companies’ proprietary information, automatically manages potential conflicts of interest and controls the flow of sensitive information to ensure that it is only received by the appropriate companies.”

The launch of the AIP coincides with an industry roadshow set up by the Australian Department of Defence (DoD) to involve local companies in the Land 400 Phase 3 project to procure up to 450 modern infantry fighting vehicles (IFVs).

Hanwha Defense Australia is bidding for the project, which is worth between AUD10–15 billion (USD6.3–9.4 billion), with its AS21 Redback IFV, a heavily upgraded version of the K21, which has been in service with the South Korean army since 2009. It is competing against Germany’s Rheinmetall Defence, which is offering its Lynx KF41 IFV.