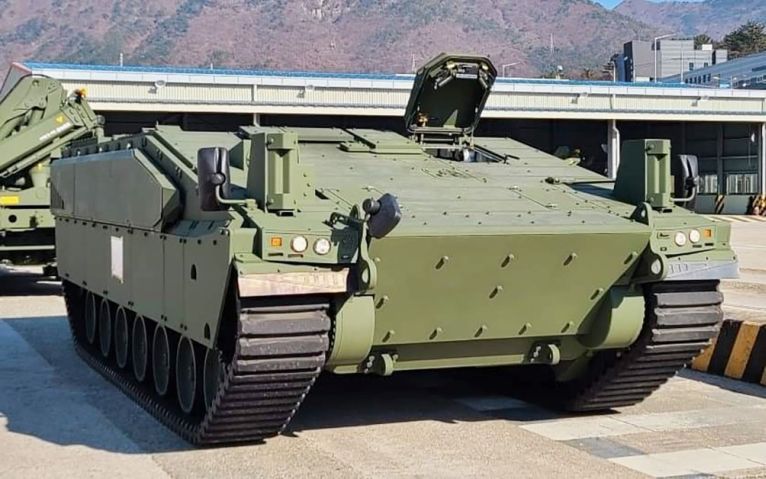 South Korea’s Hanwha Defense despatched a third Redback IFV prototype to Australia on 18 December to undergo a series of tests and evaluations with the Australian Army as part of the service’s Land 400 Phase 3 procurement programme. (Hanwha Defense)

The firm said that the prototype, which follows two others sent to Australia in July, left the South Korean port of Masan, in South Gyeongsang Province, on 18 December. It is expected to be formally handed over to the Australian Army in mid-January and begin field testing and evaluations from February as part of a Risk Mitigation Activity (RMA) set to be conducted in Australia.

The RMA trials, which are part of a contract signed in October 2019 worth AUD50 million (USD37.6 million), will incorporate a range of tests related to lethality, blast and ballistics, transportability, and mobility.

The company says the Redback is a brand-new IFV based on years of experience with previous vehicles, including the K21 IFV, which has been deployed with the Republic of Korea Army since 2009. The three Redback prototypes are competing against an equal number of Rheinmetall Lynx KF41 IFVs, the first of which was unveiled by the German company on 10 November.

Following the RMA process, the procurement process will move into a final evaluation phase and down-selection of a preferred tenderer, which is expected to be considered by the government in 2022. Initial operating capability of the selected platform is expected between 2024 and 2025.