South Korean company Hanwha Defense has completed delivery of a third batch of K56 automatic ammunition supply vehicles to the Republic of Korea Army (RoKA), according to a 23 February announcement by the country’s Defense Acquisition Program Administration (DAPA). 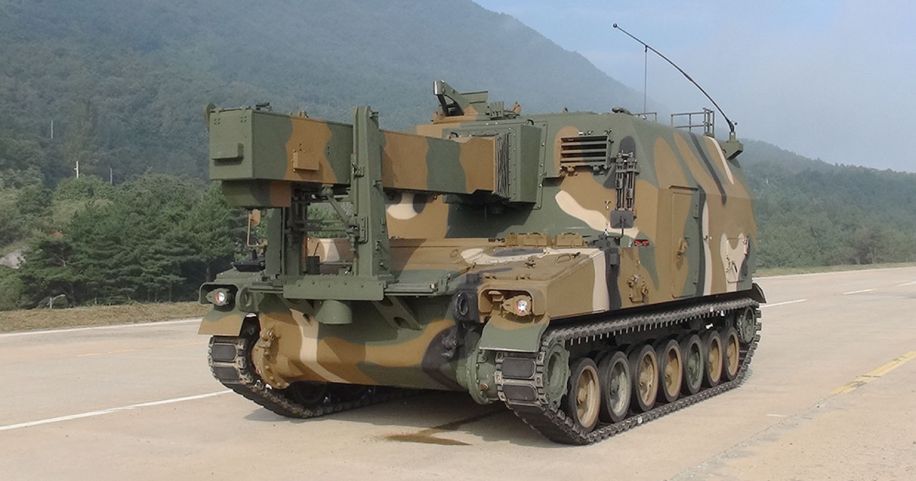 DAPA announced on 23 February that the RoKA has received a third batch of K56 automatic ammunition supply vehicles made by Hanwha Defense. (Hanwha Defense)

Delivery of the latest batch of these tracked vehicles, which supply the RoKA’s 155 mm K55A1 tracked self-propelled howitzers (SPHs), was completed in December 2020, with the platforms now being deployed with self-propelled artillery units in the western region.

That said, the number of vehicles comprising each batch has not been revealed.

Development of the K56 was completed in October 2011 and the vehicle is believed to have entered service by 2015.

The DAPA announcement comes after Hanwha Defense secured a KRW137.4 billion (USD124 million) contract in December 2019 for the production of the fifth batch of K55A1s. The SPH is the upgraded version of the K55, which is the South Korean variant of the US-made M109A2.

According to Hanwha Defense, the K55A1 weighs 27 tonnes, has a maximum firing range of 32 km, a rate of fire of 4 rounds per minute, features semi-automatic loading, and can carry up to 36 rounds. It features the same fire-control and navigation systems as the locally designed K9 SPH, which is also made by Hanwha. The company also produces K10 armoured ammunition resupply vehicles for the K9.