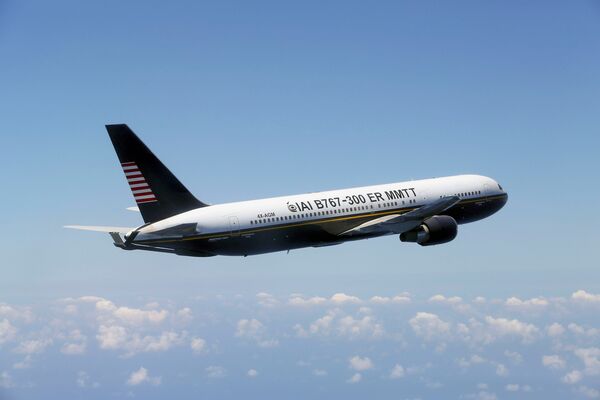 In a statement to Janes, IAI said that the MMTT is based on “pre-owned B767 aircraft”.

The Memorandum of Understanding (MoU) signed between the two companies on 6 April will cover not only conversion of the passenger aircraft to MMTTs but also conversion to freighters.

According to IAI, “The MMTT conversion is based on long years of accumulated know-how and experience in aircraft conversions.” Boaz Levy, president and CEO of IAI, added in a statement that the project will utilise “local [India] resources to manufacture and market the platform”.

HAL expects the project to provide India's defence ecosystem with new capabilities and cost-effective solutions in the market. The company added that the project could bolster the ‘Make in India' campaign.

However, a timeframe for the project's start has not yet been fixed. An HAL source said that the “nitty-gritty details of the arrangement are still being worked out”.

IAI also declined to specify when the project will begin. A spokesperson said that the company is working “with HAL on the programme to provide the Indian [Ministry of Defence (MoD)] with the best value solution per their requirements”.

This is not the first time that IAI has offered a B767 conversion to India. Following India's cancellation of Airbus A330 Multi Role Tanker Transport (MRTT) programme in June 2016, IAI told Janes during Aero India 2017 that it was offering its B767-300ER-based MMTT.