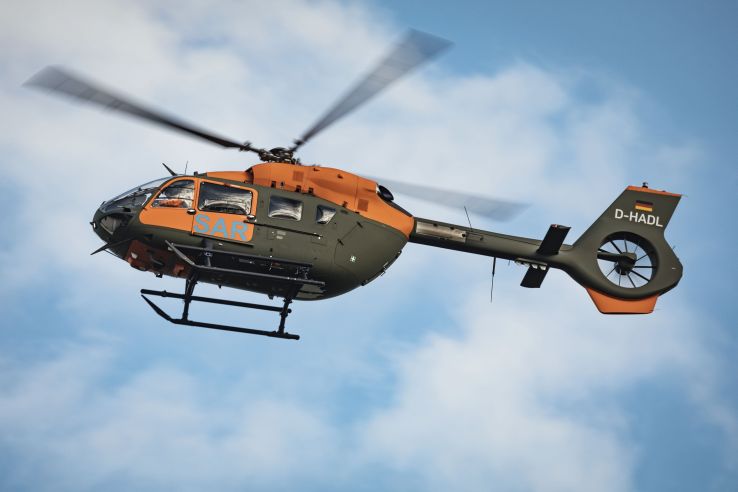 Seen at its delivery ceremony in December 2019, the first of seven H145 LUH’s for the Germany Army has now officially begin its domestic SAR duties. (Airbus)

The service announced on 6 July that the H145 Light Utility Helicopter (LUH), the first of which was received in December 2019, is now performing the SAR role for which it was acquired to take over from the Bell UH-1D ‘Huey’.

“The new one is officially on duty today,” the Heer tweeted, adding, “Not just a technical quantum leap for the search-and-rescue teams of the Bundeswehr [but] also as an armaments project exemplary for the co-operation between Airbus Helicopters, the Heer, and the BAAINBw [procurement office].”

The Heer ordered seven H145 LUH helicopters in late 2018, with deliveries now set to run through to early 2021. In the SAR role the helicopters are equipped with high-performance cameras, searchlights, emergency beacon locator systems, a full suite of medical equipment, and rescue winches and load hooks that can be used for fire-extinguishing buckets.

The German Army (Heer) has officially begun using the first of its recently received Airbus Helicopt...