Next article
US warns of investment into ‘Chinese military firms'

At least 25 soldiers were killed and 15 others were wounded during an ambush by Islamist militants in the village of Matambalale in Muidumbe district in Mozambique’s Cabo Delgado province on 29 November. Although at the time of writing no group claimed responsibility for the attack, the perpetrators are likely to be from Ahlu Sunna wal-Jamaa (ASWJ), a local non-state armed group that pledged allegiance to the Islamic State in July 2019 and which operates under the latter’s Wilayat Wasat Afriqiyya, or Central Africa Province. The ambush marks the deadliest attack targeting security forces in the province, recorded by Janes , since 27 October 2019 when at least 20 Mozambican soldiers and five Wagner-linked Russian mercenaries were killed during an ambush in the same district in Cabo Delgado.

Media reports citing an anonymous senior military official stated that the Islamic State-linked militants had attacked the convoy of Forças Armadas de Defesa de Moçambique (FADM) personnel as they were conducting military exercises amid recent attacks in nearby villages in the district. The military official stated that the militants had opened fire with “heavy weapons” as the military vehicles arrived at a densely-wooded area, before retreating into the forest. The ambush was conducted only days after at least 1,000 security force personnel successfully recaptured the district headquarters of Muidumbe on 19 November from Islamist militants, who had seized the town on an unspecified earlier date. During the 19 November offensive, 16 militants were killed and some of the militants’ logistics infrastructure was destroyed, according to police general commander Bernardino Rafael. 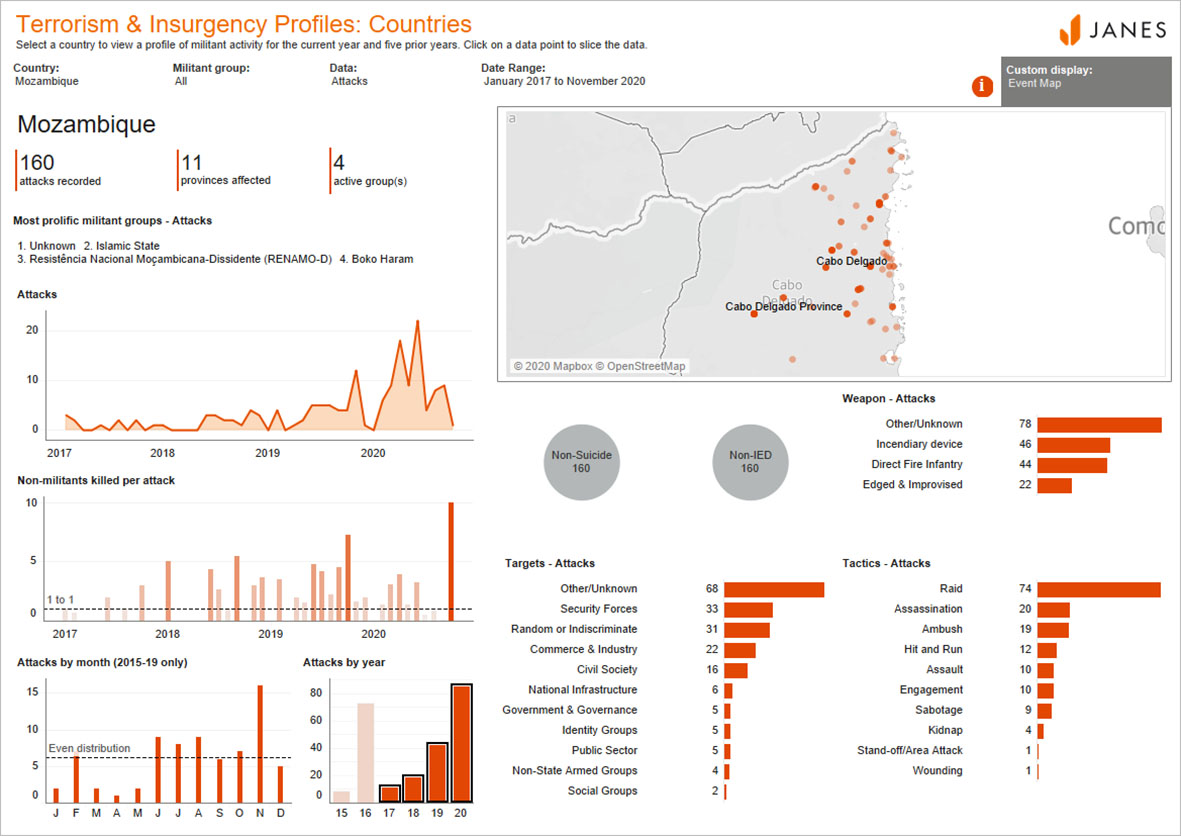 At least 25 soldiers were killed and 15 others were wounded during an ambush by Islamist militants i...

The Southern African Development Community (SADC) is deliberating a plan for the regional group to d...

On 23 March, in their most significant attack to date, the Islamic State’s Wilayat Wasat Afriqiyya, ...