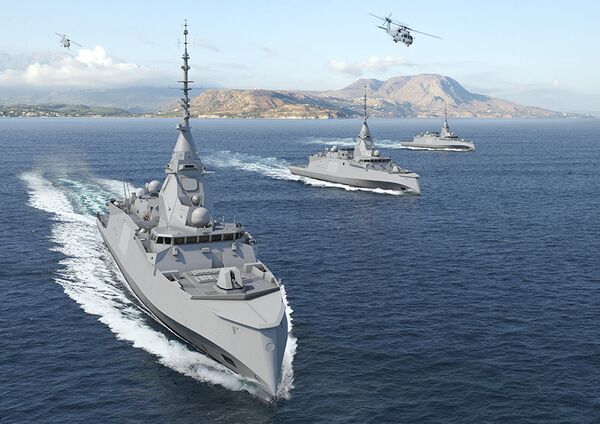 The contracts, announced on 24 March, include an option for a fourth frigate, in-service support, and the supply of MU90 torpedoes and CANTO torpedo countermeasures. The announcement follows the memorandum of understanding signed between Greece, Naval Group, and MBDA for the potential FDI frigate acquisition in September 2021.

The deal marks the first export sale for Naval Group's FDI frigate, which is also on order for the French Navy.

The FDI HN frigates will be built at Naval Group's shipyard in Lorient, in northwest France, with the first two scheduled for delivery in 2025 and the third in 2026. To facilitate the HN's tight delivery schedule, the second and third FDI frigates originally planned to be delivered to the French Navy in 2025 will now be completed as FDI HN ships.

Naval Group is building five FDI frigates for the French Navy in Lorient under a contract awarded in 2017. First-of-class Admiral Ronarc'h was laid down in 2021 and is scheduled for delivery in 2024, with all five to be delivered by 2030.

Technical specifications of the FDI HN include a standard displacement of 4,500 tonnes, an overall length of 122 m, a beam of 18 m, and a top speed of 27 kt. It is equipped with a hangar and flight deck for an MH60R helicopter and a medium-sized rotary unmanned aerial vehicle (up to 700 kg).

The Greek government has signed contracts with French shipbuilder Naval Group that pave the way to s...