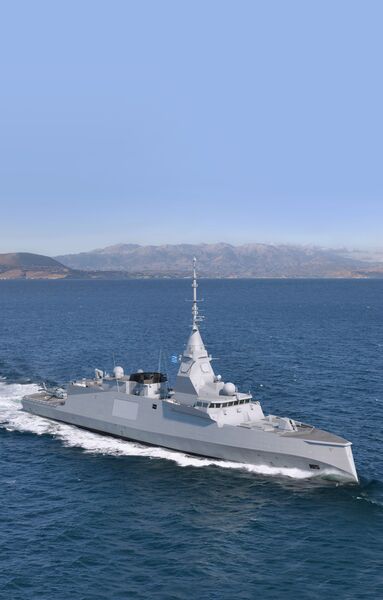 Greece has signed an agreement with Naval Group and MBDA to begin negotiations on the acquisition of three Frégate de défense et d'intervention (FDI) multimission frigates.

The memorandum of understanding, signed by Greek defence minister Nikólaos Panayotópoulos, Naval Group CEO Pierre Eric Pommellet, and MBDA CEO Eric Béranger, covers the potential sale of three FDI HN vessels for the Hellenic Navy, with an option for one additional ship. French sources say a contract should be concluded before the end of 2021.

In a statement Naval Group said it planned to build all three FDI HN ships at its Lorient facility in Brittany, northwest France. The Lorient yard is already building the first two of the five FDI frigates on order for the French Navy.

Janes understands that, to accelerate the Greek programme, the second and third FDI ships will now be completed as FDI HN ships for delivery to the Hellenic Navy in 2025. The third ship for Greece would follow in 2026.

Greece has signed an agreement with Naval Group and MBDA to begin negotiations on the acquisition of...