The formal handover ceremony took place on 21 July at Dassault Aviation Flight Test Centre in Istres and was oresided over by the Greek Minister of National Defence, Nikolaos Panagiotopoulos, and the President and CEO of Dassault Aviation, Éric Trappier. 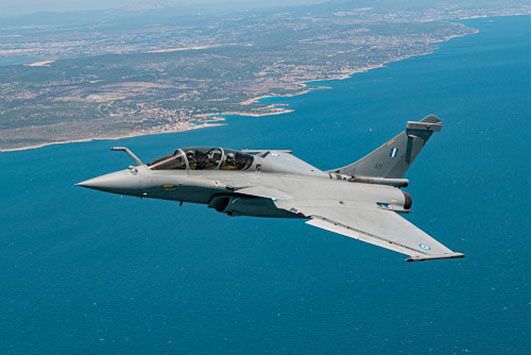 The first Rafale of the Hellenic Air Force (HAF) was formally delivered on 21 July. This is one of the 12 former French Air and Space Force Rafale F3R aircraft that will be delivered to the HAF along with six newbuild fighters by 2023. (Dassault Aviation/C Cosmao)

News of the delivery comes six months after Greece and France signed a contract for 18 Rafales configured to the latest F3R standard, valued at an estimated EUR1.92 billion (USD2.35 billion).

The aircraft handed over to the HAF in July is a former French single-seat Rafale B F3R fighter. As noted by Dassault, this aircraft and the next five from the French inventory will be used to train HAF pilots and technicians in France, before being deployed to Tanagra Air Base.

Five European nations have come together to develop a new medium-lift multirole helicopter for the 2...
Request Consultation