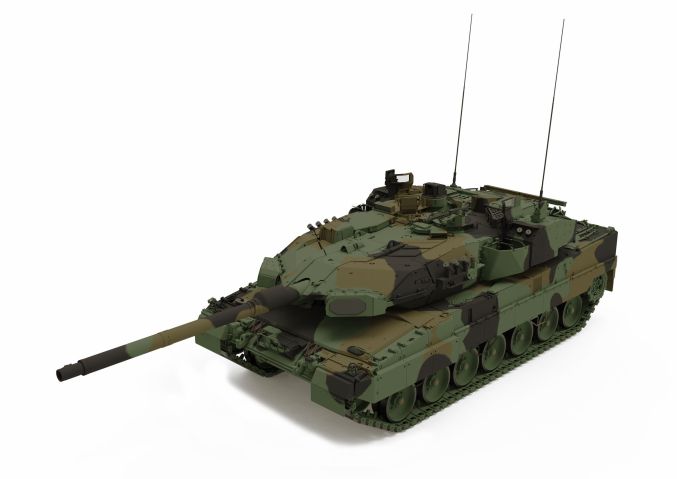 The Israel MoD said the programme, which is led by its Directorate of Defense R&D (MAFAT) and Rafael Advanced Defense Systems, covers the supply of systems for a tank company, interceptors, spare parts, and operational and technical training. The systems will be delivered over the next several years, the ministry added.

Rafael said it had been awarded a contract for an initial batch of Trophy systems and that Krauss-Maffei Wegmann (KMW) had also been awarded a contract. Rafael executive vice-president Ran Gozali, who heads the company’s land and naval division, said the two companies would integrate and install Trophy on the Leopard 2 and future platforms.

KMW told Janes on 23 February that it would install the systems on Leopard 2A6M3 tanks through to 2023. A KMW image of the tank after the upgrade designated it as the Leopard 2A7A1.

Rafael expected Germany to procure additional Trophy systems to equip most of its Leopard 2s.