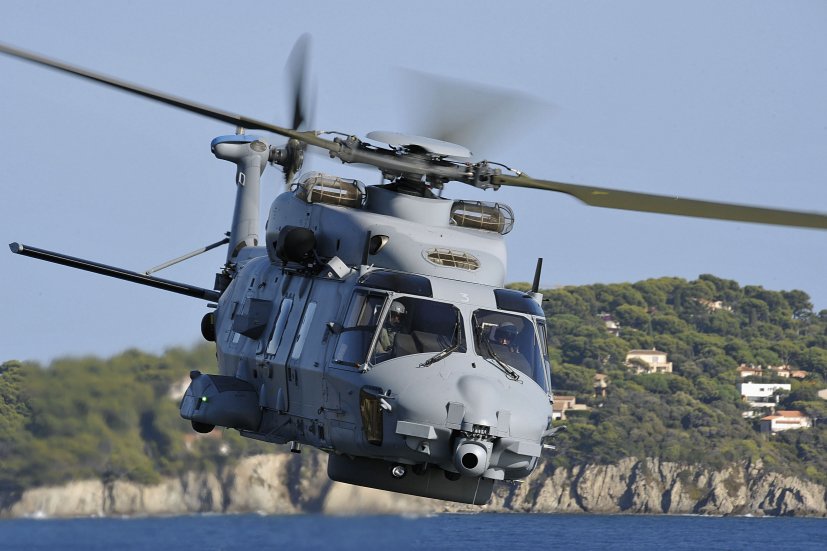 The Deutsche Marine is to receive 31 NHIndustries Sea Tiger helicopters, based on the NATO Frigate Helicopter variant of the NH90 pictured, to replace ageing Westland Mk 88A Sea Lynx anti-submarine warfare/anti-surface warfare helicopters from 2025. (Airbus)

NHI chief stakeholder Airbus Helicopters confirmed the order of 31 Sea Tiger helicopters for the Deutsche Marine (DM) on 26 November, a day after the procurement was included in a wider raft of Ministry of Defence (MoD) approvals announced by the budget committee of the Bundestag.

“Nathalie Tarnaud-Laude, President of NHI, and Giorgio Gomma, General Manager of the NATO Helicopter Management Agency (NAHEMA), on behalf of the Federal Office for Equipment, Information Technology and In-Service Support of the German Armed Forces (BAAINBw) signed the contract [to] replace the German Navy’s Sea Lynx Mk88A fleet which entered into service in 1981,” Airbus Helicopters said, adding that deliveries are to commence in 2025.

News of the order came some 15 months after the DM selected the Sea Tiger as its Sea Lynx replacement, with the type beating off competition from Lockheed Martin which was pitching the MH-60R Seahawk, and Leonardo with the AgustaWestland AW159 Wildcat.

Along with the Sea Lion helicopter that the DM is buying to replace its Westland Mk 41 Sea Kings in the search-and-rescue, maritime surveillance, vertical replenishment, and transport roles (18 of which have been ordered, with seven so far delivered), the Sea Tiger is a German specific variant of the NATO Frigate Helicopter (NFH) variant of the NH90.

Germany has ordered the NHIndustries (NHI) NH90 Sea Tiger as a replacement for the navy’s current We...

Germany has signed for the procurement of additional Eurofighter combat aircraft for the Luftwaffe u...