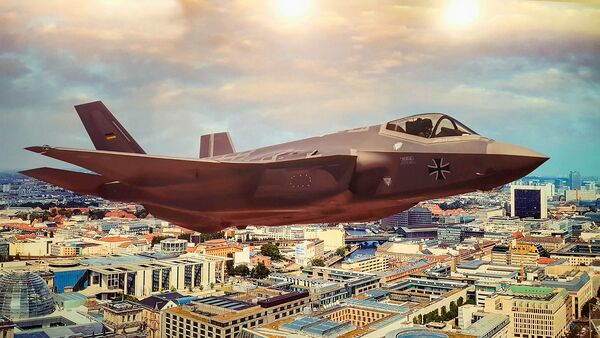 An artist's impression of the F-35A in Luftwaffe markings. Despite having previously been discounted for political reasons, the type has now been selected by Berlin as a partial Tornado replacement platform alongside the Eurofighter. (Lockheed Martin via Janes/Gareth Jennings)

The Bundeswehr announced on 14 March that it had selected the F-35A to fulfil its Tornado replacement requirement alongside the Eurofighter, with a new Electronic Combat Role (ECR) variant of the Eurofighter to be developed, most likely to fulfil the Luftgestützte Wirkung im Elektromagnetischen Spektrum (luWES) electronic attack (EA) requirement for NATO.

“The decision on the Tornado successor has been made: With the aircraft type F-35, the task of nuclear sharing will be guaranteed in the future. The goal is to replace the Tornado by 2030,” the Bundeswehr said on its official Twitter account, adding, “The Eurofighter will also be retained for the armed forces, and will be further developed for the electronic combat role.”