The budget committee of the Bundestag, the German parliament, approved another EUR500 million (USD565.5 million) on 4 March to improve the capabilities of the Bundeswehr, the Ministry of Defence (MoD) announced on its website on 6 March. Over EUR300 million of this amount has been earmarked for the Luftwaffe. 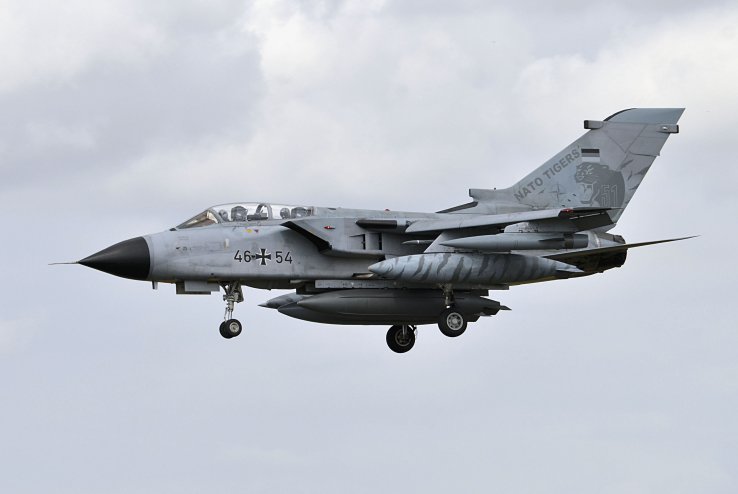 The Bundestag budget committee on 4 March approved EUR240 million for the digitalisation of the HUDs of Luftwaffe Tornados. (Janes/Patrick Allen)

Around EUR240 million was approved for the digitalisation of the head-up displays (HUDs) of Luftwaffe Tornados. The computer being developed to control the displays will also replace the aircraft's main computer. This is necessary to avoid obsolescence so Tornado capabilities continue to be available until the aircraft is replaced starting in 2030, according to the MoD, which recalled that it is the only Luftwaffe aerial platform used for NATO nuclear burdensharing, suppression of enemy air defences, and in the naval strike role.

The Bundestag budget committee approved more than EUR36 million to ensure the continued operation of the System für die Abbildende Aufklärung in der Tiefe des EinsatzGebietes (Image Intelligence Deep in the Deployment Area, SAATEG) in Afghanistan using Heron 1 unmanned aerial systems leased from Israel until the end of May 2021. Germany is exercising the option in the leasing contract with Israel to extend use of the Heron 1 until May 2021, after which it will be replaced by leased Heron TPs entering service next year.

The budget committee of the Bundestag, the German parliament, approved another EUR500 million (USD56...