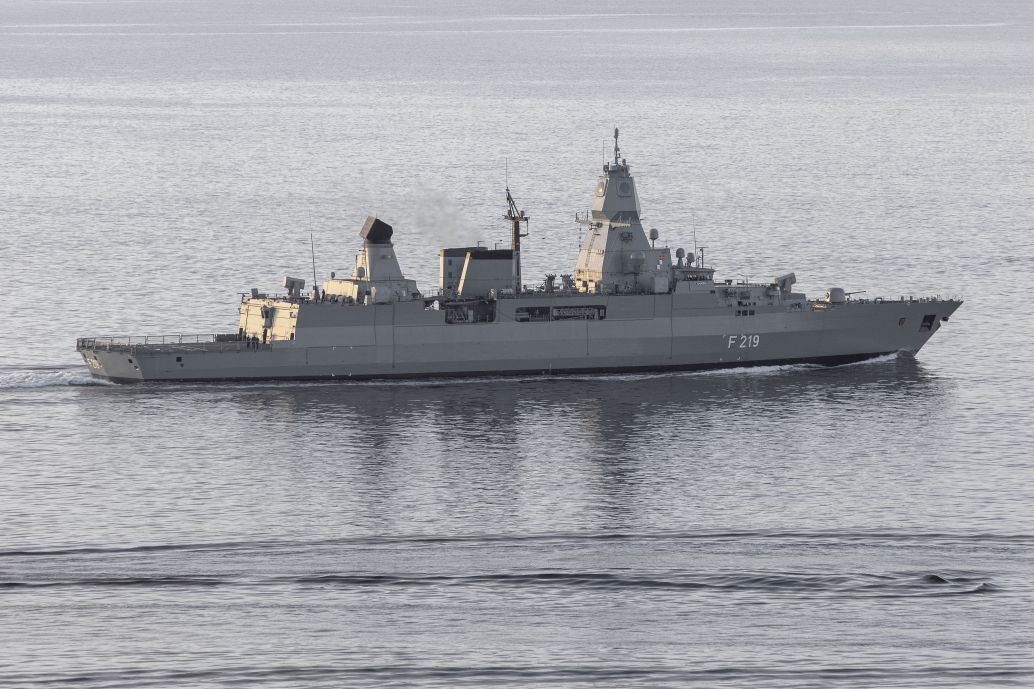 However, while the ship is now back at sea, photos taken in March show that the ship’s Mk 41 Vertical Launching System (VLS), which was irreparably damaged in 2018, has not yet been replaced and the opening is plated over.

The frigate, part of the German Navy Navy’s 2nd frigate squadron, suffered a missile misfire during a live-firing exercise at a range in Norway in June 2018 that saw a Standard Missile 2 (SM-2) surface-to-air missile burn out inside the ship’s Mk 41 VLS. The ship subsequently entered the Naval Arsenal in Wilhelmshaven for repairs.

Responding to questions regarding the absence of a new Mk 41 VLS, Katharina Theobald, spokesperson at the Federal Office for Bundeswehr Equipment, Information Technology and In-Service Support (BAAINBw), said the VLS was severely damaged during the 21 June 2018 misfire and declared a total loss. With a planned maintenance period scheduled from late 2018 already, Sachsen proceeded directly to the arsenal for repairs.

A new 32-cell Mk 41 VLS in its latest version was ordered from Lockheed Martin after the damage assessment was completed, however it was not available in time for the overhaul period.

According to BAAINBw spokesperson Soeren Schmelz, “A Mk 41 VLS is not a commercial off-the-shelf spare part which is stockpiled by the German Navy or the US Navy.”