The 2nd Kommandokräfte (Commando Forces) Company of Germany’s Kommando Spezialkräfte (KSK) special forces command was disbanded on 1 August owing to increasing far-right sentiments among its personnel. In May 2020, the arrest of a sergeant major in the Germany Army (Bundeswehr) attached to the KSK underlined the risk of extremist employees serving in Germany’s military and its security and intelligence services. As of June 2020, the Bundeswehr had recorded approximately 600 cases of personnel harbouring links to far-right extremism and other banned groups such as the Reichsbürger (Citizens of the Reich), a movement whose adherents do not recognise the legitimacy of the Federal Republic of Germany.

In 2018, the Federal Office for the Protection of the Constitution (Bundesamt für Verfassungsschutz: BfV) reported that 24,100 German citizens were suspected of far-right extremism in Germany, with approximately 12,700 of these suspects assessed to have the potential to conduct political violence. These numbers increased to 32,080 suspected far-right extremists in 2019, including 13,000 cases with potential for political violence.

Significant incidents involving far-right extremists, such as the targeted killing on 2 June 2019 of Walther Lübcke, a politician in the Christian Democratic Union of Germany (Christlich Demokratische Union Deutschlands: CDU), by a neo-Nazi and the Halle synagogue attack in October 2019, starkly demonstrated the threat posed by far-right extremists. Although the numbers of those deemed to have the potential for violence have not changed significantly between 2012 and 2019 (at 9,600 to 13,000), the numbers of those suspected of far-right extremism generally have increased significantly, suggesting the risks of violence are relatively unchanged. 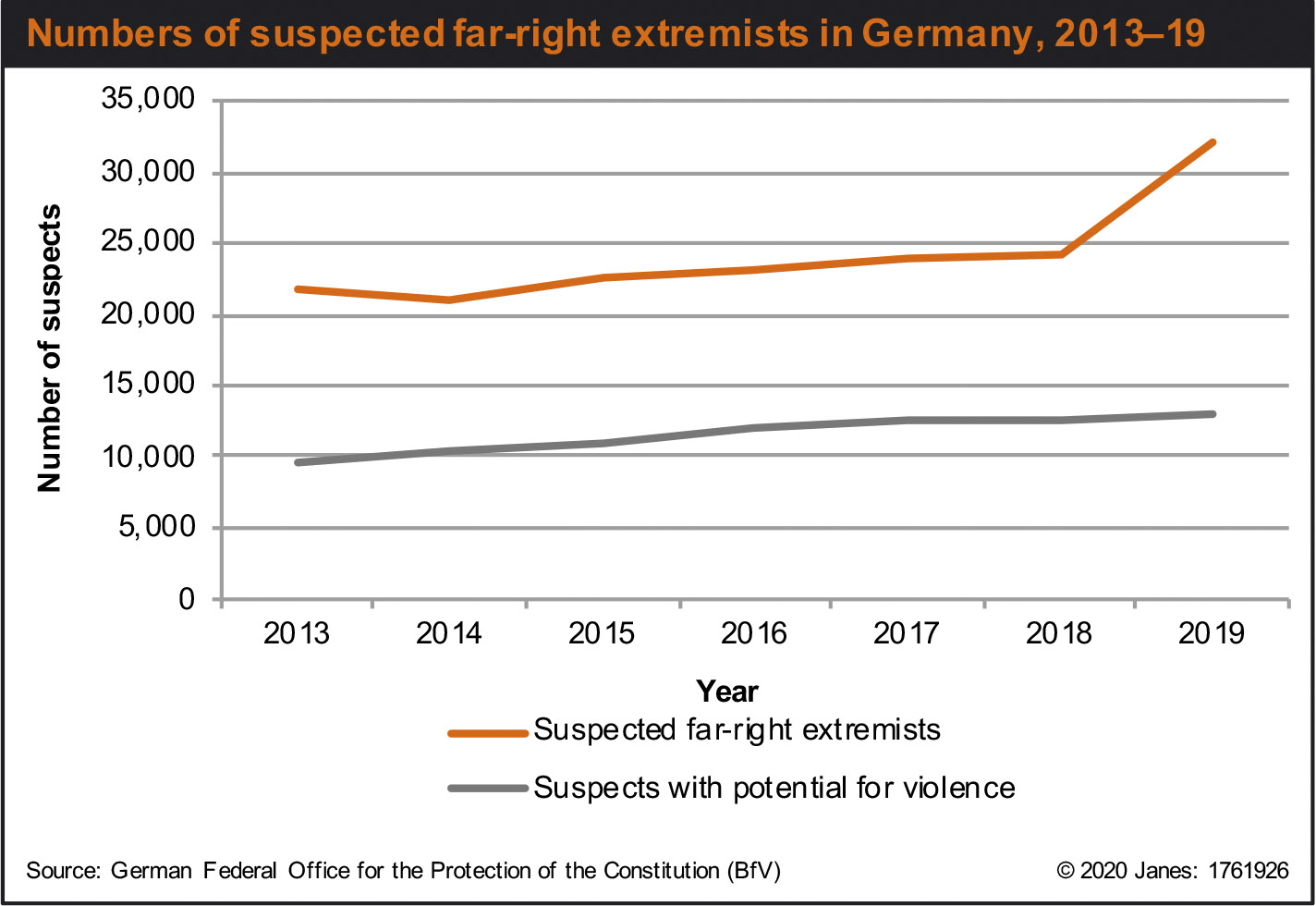 Extremism in the intelligence services

The United States web-based conspiracy theory network QAnon has come to the forefront of the US nati...