The Georgian Minister of Defence, Irakli Gharibashvili, announced on 22 June that the country would be procuring new trucks from three different manufacturers as part of the modernisation of the Georgian military.

The trucks are to be sourced from Germany’s MAN, Italy’s IVECO, and US manufacturer Ford, and are expected to enter into service by the end of the year. Although Gharibashvili said that more than 500 vehicles would be acquired, he had previously told the Georgian parliament that the country would be acquiring 480 vehicles in 2020 to replace the existing fleet. Payments for the acquisition are to be spread over multiple years. 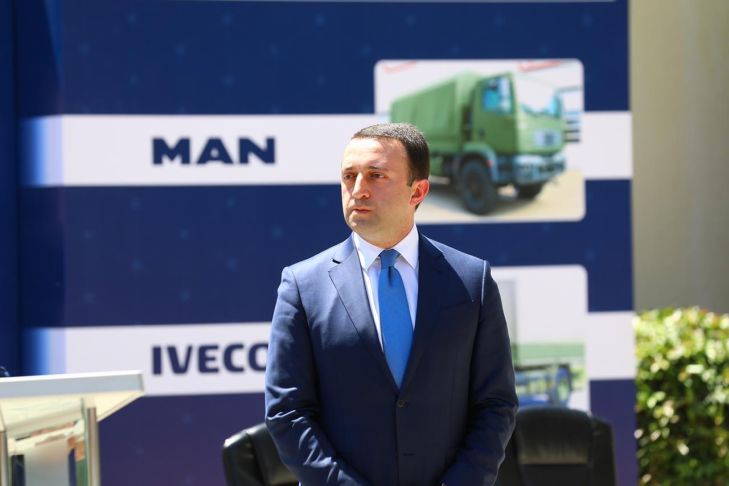 The Georgian Minister of Defence, Irakli Gharibashvili, has signed an agreement to buy new trucks for the country’s military as part of efforts to upgrade its equipment and improve NATO interoperability. (Ministry of Defence of Georgia)

Georgia currently operates a range of vehicles from manufacturers including Ukraine’s KrAZ (Kremenchug Automobile Plant), Turkey’s BMC, and the M900 series from the United States, for their tactical transport requirements.

As part of efforts to become more interoperable with NATO, Gharibashvili has also disclosed that the country will be adopting the M4 carbine as its main infantry weapon. Georgia is also in the process of receiving Javelin anti-tank guided missiles, following on from an order in late 2017 valued at USD75 million. The first batch, received in January 2018, was part of an order for 410 missiles and 72 Javelin command launch units. A further modification was announced by the US Department of Defense on 28 February 2020 for life-cycle support on the Javelin system for Georgia, among other Javelin users.

The Georgian Minister of Defence, Irakli Gharibashvili, announced on 22 June that the country would ...

Lockheed Martin is to develop a facility in Japan to provide maintenance, repair, overhaul, and upgr...