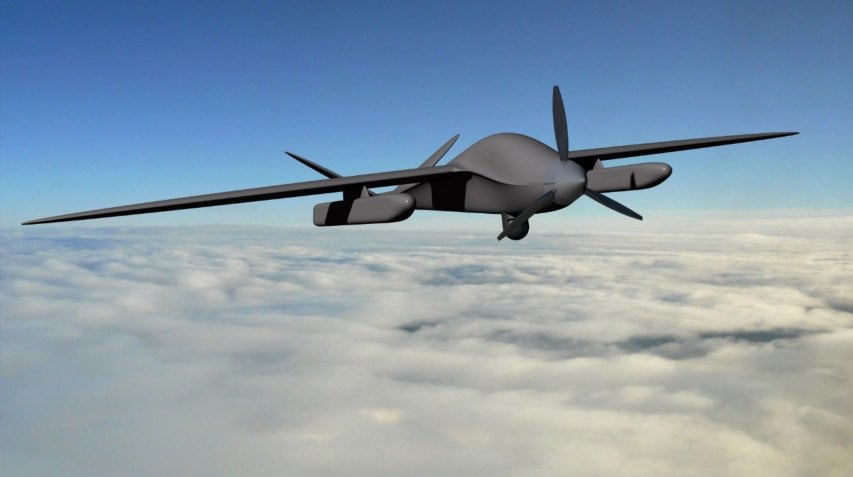 IPN’s interview with Tordia included computer-generated images of T-31, showing the UAS powered by an internal combustion engine that drives a three-blade nose propeller. The system also featured a V-tail and an underbelly electro-optical/infrared (EO/IR) payload, and showed the T-31 in two mission-defined configurations: a surveillance UAS carrying two large fuel tanks under the wings and a strike UAS armed with four guided air-to-ground missiles attached on two pylons under each wing.

The cutaway illustration of the armed T-31 also showed a parabolic antenna installed in the payload bay located in the upper front section of the UAS, immediately ahead of wings and above the EO/IR payload. The company told Janes it is for line-of-sight transmission of images and data.

Tordia said Project T-31 was meant to furnish an affordable UAS that would use advanced materials and technology and reflect the requirements of the Georgian Air Force, which he said was the most likely first customer.

Mikheil Rogava, TAM‘s deputy director, told Janes the company is discussing the project with potential investors and buyers, and the first UASs could be ready for delivery within 18 months of financing.