One improvement enables the aircraft to land at an alternate, or divert, airfield in which no ground control station (GCS) is present while also under satellite communication (satcom) control, GA-ASI announced on 25 June. With the divert landing enhancement, the remote pilot can enter the new landing area co-ordinates to automatically land at the selected location. 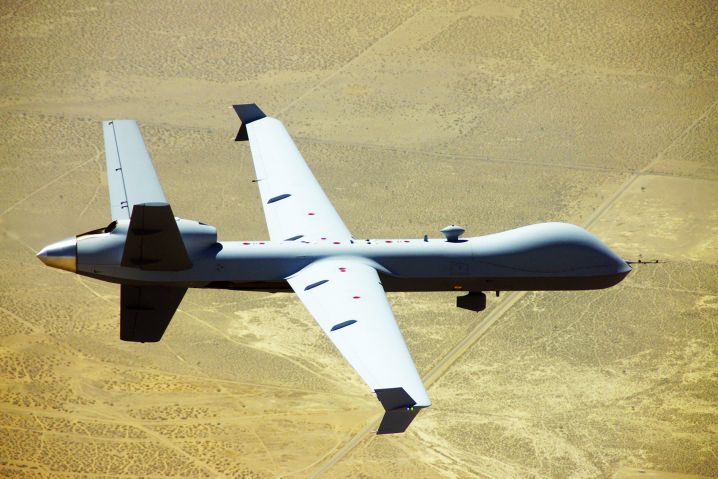 The pilot can also overfly and self-survey the divert airfield’s runway using the Reaper’s multispectral electro-optical/infrared (EO/IR) sensor to obtain co-ordinates for an automatic landing. Once uploaded to the MQ-9A’s mission profile, the Reaper’s aircrew enables the ATLC system, which allows the aircraft to automatically manoeuvre itself into a landing pattern and make the automatic landing.

This enhancement will enable operational Reapers to land at alternate airfields on their own because of poor weather, changing mission requirements, or damaged runways, GA-ASI president David Alexander said in a 25 June statement. GA-ASI demonstrated this aerial runway survey capability on 23-24 April at GA-ASI’s Gray Butte flight operations facility near Palmdale, California, a company spokesman said on 29 June.

The second enhancement expands the cross-wind limits of the MQ-9A. The third improvement increases the maximum landing weight for normal and emergency landings. The heavyweight landings were demonstrated throughout March and April at the Southern California Logistics Airfield in Victorville, California.

Taiwan’s military announced on 17 May that the entire fleet of Albatross (Ruo Ying) unmanned aerial ...