The Sparrowhawk sUAS is designed as an airborne launch and recovery demonstrator tailored to fit GA-ASI platforms and is focused on the US Air Force’s (USAF’s) Advanced Battle Management System (ABMS) attritableONE technologies. The Sparrowhawk iterates on GA-ASI’s participation in the Defense Advanced Research Projects Agency’s (DARPA’s) Gremlins programme to further airborne recovery of sUAS, reducing the cost of operation and enabling new mission capabilities to the company’s MQ-9 Reaper UAS. 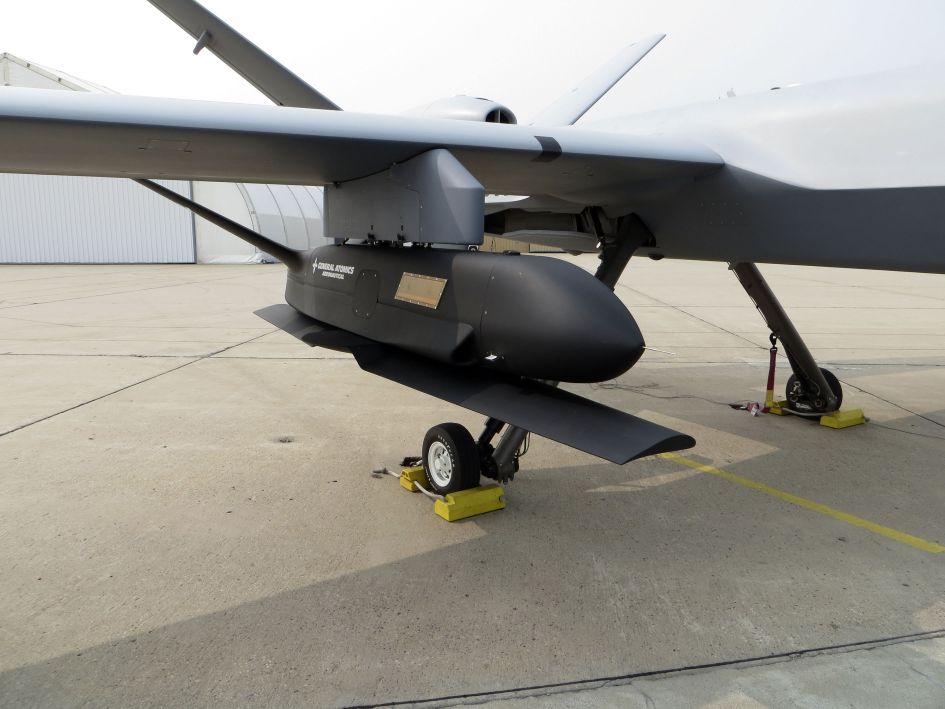 A GA-ASI spokesman said on 25 September that two flight demonstrations were conducted, demonstrating the onboard payload and autonomy systems carried by the Sparrowhawk. These included a magnetic multifunction aperture (MFA) and a co-operation and denied environments (CODE) autonomy engine ingesting sensor and air data from the onboard flight computer and systems.

Communications were achieved using a fielded meshONE datalink, which enabled collaborative autonomy capabilities among the platforms. GA-ASI used Collins Aerospace’s QNT-200D software-defined radio that utilises the tactical targeting network technology (TNTT) waveform. The GA-ASI spokesman said that the QNT-200D system is currently fielded and demonstrates the ability of multiple nodes to quickly disseminate large amounts of data in a timely and accurate way.

The total Sparrowhawk flight time was about 10 hours. The aircraft’s average cruise speed was between 110 and 120 kt depending on altitude. The Sparrowhawk has a top speed of 150 kt.