General Electric (GE) has been awarded USD101.3 million to launch engine production for the Boeing F-15EX Advanced Eagle combat aircraft, ahead of the US Air Force (USAF) potentially opening the requirement up to competition. 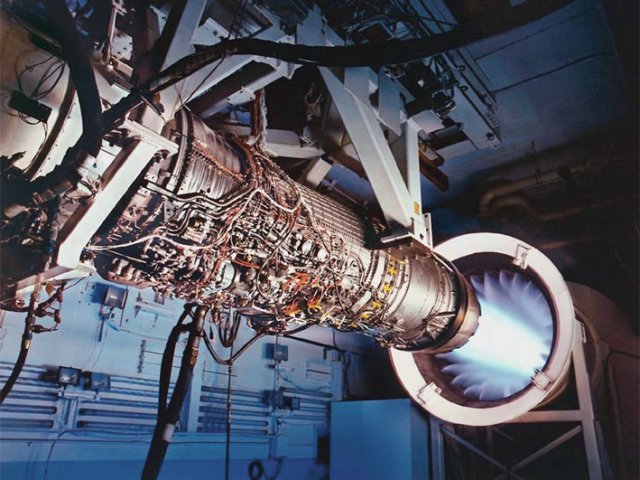 The General Electric F110-GE-129 engine will power the F-15EX at least through to the end of Lot 1 production in November 2022, after which time the USAF may or may not open up the requirement to other powerplant providers. (General Electric)

The USAF had always intended to sole-source GE for production of the F-15EX engine claiming that, with the F110-GE-129 already certified for installation, any competition could add up to three-years to the programme. However, following a protest from rival provider Pratt & Whitney, the service issued a sources sought notification on 15 May in which it asked for bids to build up 461 engines to power 144 aircraft (plus spares). Responses to that request were due to have been submitted in early June, with any request for proposals to follow after. Should the USAF decide it does require a second supplier, these alternate engines could potentially be introduced from Lot 2 onwards.

General Electric (GE) has been awarded USD101.3 million to launch engine production for the Boeing F...